November in New York is here, which signals two things:

1) Summer is officially gone and the brisk airs of fall have arrived.

2) Brooklyn Electronic Music Festival is back and ready to rumble through a wealth of Williamsburg’s finest venues.

Now on its eighth annual installment, BEMF will return this year and spread itself across eight Brooklyn venues. With Output, Verboten, Good Room, Cameo Gallery, and Williamsburg Hall of Music amongst the list of venues participating, the weekend promises electronic music fans no shortage of options that run across the spectrum of genres.

With so many options at one’s fingertips, what’s a raver to do? Luckily, DJ Times is here to help! We’ve got our five picks for the acts you simply can’t afford to miss at BEMF this year. Peep our choices below, and head to BrooklynEMFestival.com for more information, and full weekend tickets.

E-FUNK torchbearers Soul Clap never stop. After dropping the third iteration of their Dancing on the Charles compilation series in early October, they released their Watergate 19 mix last week—following a banging release party in Berlin, of course. After jet-setting back to the States, the duo played two gigs for A Club Called Rhonda in Los Angeles and then San Francisco.

Coming up next on the Soul Clap calendar is an album release from their Crew Love collective entitled Based On A True Story, and the duo has even been spotted recording in the Red Bull Music Academy, NY studios this week. Best of all, Soul Clap will be going back-to-back with their heroes Masters at Work for MAW’s first-ever performance in Brooklyn this Friday, November 6! Snag your tickets here.

If the November DJ Times cover story about his meteoric return to the top of the ClubWorld wasn’t enough to convince you to head out, then Marc Kinchen’s new crowd-slaying remix of Ellie Goulding’s “On My Mind” is sure to do the trick. MK’s still got his debut solo album and more work with Pleasure State—his supergroup with Hot Natured members Lee Foss and Anabel Englund—on the way, but his 20-plus years’ worth of anthems and keen ear for the hottest house weapons are sure to provide a night of piano chords, bouncing bass, and huge moments.

More adventurous raving souls should venture off the beaten path to Greenpoint’s Good Room on Friday night for a night with UK-born, Germany-based DJ/producer George FitzGerald. Having dropped his afterhours house opus Fading Love earlier this year, FitzGerald is riding high from the LP’s release and is ready to bring the heat to the intimate room.

Coming up at the same time as legendary producers Todd Terry, Roger Sanchez, Erick Morillo, and Masters at Work, Armand van Helden’s name was synonymous with the Strictly Rhythm label in the 1990s. Never resting on his laurels, van Helden eventually paired up with Fool’s Gold Records co-boss A-Trak in 2009 and has since enjoyed a prolific run as Duck Sauce ever since.

Now, it’s time for the celebrated DJ, producer, remixer, and overall dance music pioneer to take the stage as a solo performer, and he will be gracing the decks of Verboten this Saturday, November 7 with support from Will Clarke, Solidisco, and Soul 2 Seoul. Grab tickets for the event here.

It’s been a huge year for Will Clarke, and there’s no better time to catch the Bristol-based DJ/producer drop his signature booty-popping bass bombs. With his latest Dirtybird EP Turn It Up out this Friday, you can be sure to expect buzzing bass, sizzling synths, and the finest tech-house grooves this side of the Atlantic. Study up on some of his biggest productions of 2015 like “Spandex,” “Jackintosh,” and his remix of Hot Natured’s “Off World Lover” and lace up your dancing shoes.

Looking for more info? Don’t miss our recent interview with Will, and grab tickets to his Saturday night show with Armand Van Helden at Verboten here. 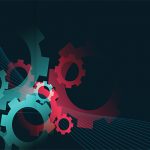 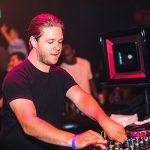