Get ready to kick off 2016 with a bang, as BangOn! has announced the initial details of its Time & Space New Year’s Eve celebration in Brooklyn.

This year’s blowout picks up where 2015’s left off, promising attendees a 30,000 square-foot warehouse with 30-foot ceilings in which to dance into 2016. With two stages powered by Funktion-One a sound system, Time & Space 2016 will offer an all-night rager complete with 3D projection mapping, art cars, and a midnight rocket launch.

Things are sure to get a bit dirty thanks to the lineup, which includes Dirtybird favorites Justin Martin and Kill Frenzy. The duo will be bringing the label’s top-notch booty-bass sounds to the secret Brooklyn warehouse alongside a wealth of other artists who will be announced in the coming weeks.

Tickets for BangOn! Time & Space 2016 are available now here, and you can RSVP on Facebook here. For a taste of what went down at last year’s BangOn! New Year’s shindig, check out the Hot Shots of the night from ClubWorld’s Spring Issue earlier this year. 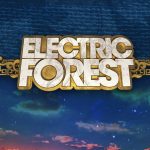 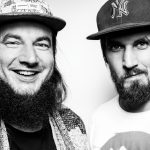