The long-running German techno festival Time Warp made its American debut last Thanksgiving, and it’s set to return to its US home—the massive 39th Street Pier in Crown Heights—this weekend for an installment that promises to be even bigger and better than the last.

The two-day odyssey comes complete with a jaw-dropping lineup bringing together a smattering of techno and tech-house’s biggest names. Of course, no festival is complete without a production to match the level of talent, and Time Warp 2016 is set to deliver in spades. Last year’s “The Cave” setup returns bigger and better, now dubbed “The Cave 2.0.” The illusion of white stalagmites that adorned the ceilings of the first room last year have evolved into a moss-like netting, as teased by the official Facebook page.

This year’s fest once again boasts two separate rooms, with each floor offering a different experience for the discerning underground dance fan. On Saturday, for instance, those looking for banging industrial techno need to look no further than Floor 2’s sets from Chris Liebing and Joseph Capriati, while Floor 1 promises long builds and emotional soundscapes from Tale of Us and Recondite (Live).

With so much to do and see (there’s eight hours of music each night!), it’s hard to decide just how you should spend your time. Here’s the DJ Times breakdown of the best that Time Warp 2016 has to offer each night.

There’s a doozy of a Friday ahead for attendees tonight, starting with the performers taking on the early shift. German brothers Monkey Safari—who recently chatted about the event with us—will bring their groovy tech-tinged house to those who arrive before midnight, getting the party started in the first room while Thugfucker brings the hazy opuses to the partiers in Floor 2.

Just where you should end your night is the ultimate decision, with a rare US performance from the ever-controversial Ricardo Villalobos in Floor 1 going head-to-head with a special B2B set featuring Jamie Jones and Seth Troxler in the other room. Just what exactly you’re looking for is probably going to be the key factor in what you choose. Those looking for bass-heavy tech-house with notes of funk can’t go wrong with the B2B set on Floor 2, but anyone ready to have all expectations stripped away may have it in them to experience the legend that is Ricardo. Who knows? He might even drop some gypsy folk.

Regardless of which one you do choose, be ready for the long haul: Ricardo Villalobos is set to play for three hours while Jamie and Seth are prepped to play an extended four hours of tracks.

Other highlights: South Africa’s finest Black Coffee in Floor 2 at 12:30 AM and the evergreen Luciano in Floor 1 at 1 AM.

Time Warp’s second is loaded just as front-to-back with top-notch performers as the previous one, with French house collective Apollonia’s 11 PM set in Room 1 being the evening’s first must-see. As always, the trio—consisting of Dan Ghenacia, Dyed Soundorom, and Shonky—will perform its signature B2B2B set, with each member selecting exactly one track before handing the reigns off to another.

Papa Sven Väth’s set is sure to be a highlight of Floor 1 on Saturday if his earth-shattering performance at last year’s event is anything to go by, but it’s that late-night/early morning journey that Tale of Us will take the crowd on at 4 AM that’s sure to round out the night.

Things are going to get heavy fast over in Floor 2, with Len Faki, Chris Liebing, and Joseph Capriati each gifting fans with two-hour sets. You’ll get no shortage of heavy bass, thumping kicks, and ear-melting techno until the morning hours, which is just what the doctor ordered.

See you on the dancefloor! Grab tickets and more information now at Time-Warp.de 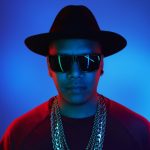 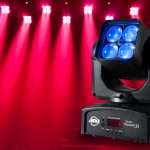