Los Angeles – “Duke Dumont Live Sold Out,” the marquee at the Hollywood Palladium reads on a sweltering October evening in Los Angeles.
This is not much of a surprise. Duke Dumont—aka Adam Dyment, 33—has had massive smashes with his house-based-pop-songs, “Need U (100%)” featuring A*M*E, which charted in over 10 countries, and “I Got U” featuring Jax Jones, which charted in almost 20 countries—both were No.-1 singles in his native U.K. The former was nominated for the Best Dance Recording Grammy in 2014 and the latter garnered the same nomination in 2015. He also stormed dancefloors with “The Giver” and “Won’t Look Back.” Plus, he made his mark with carefully selected, crowd-moving DJ sets, documented on the evergreen FabricLive 51 in 2010 and on a weekly basis with gigs around the globe.

Tonight, however, Duke Dumont is playing live. This North American tour is in support of his recently released Duke Dumont Presents Blasé Boys Club, Part 1, the first installation in a new EP series on his label of the same name/Astralwerks. Not to be mistaken with EP 1, which was released in 2014, this EP is led by the breezy, disco-tinged “Ocean Drive.” It is followed by “Robert Talking” featuring legendary house figure Robert Owens speaking about his experience in the house scene—an homage to Daft Punk’s track with Giorgio Moroder, “Giorgio By Moroder,” and not the first Daft Punk reference in Dumont’s career. The textural “Melt” and the aforementioned “Won’t Look Back” round out the EP.

The sold-out crowd is already well-versed in this latest release. As Dumont takes the stage—which is filled with live gear—along with his two cohorts, all arms are up and angled toward him. At the start of each song, there is a roar from the audience as they instantly recognize which one he’s going into next. And when he reaches “Ocean Drive,” the entire venue is singing the words.

Prior to the show, Duke Dumont plays host on his tour bus. The bus is decorated with a gambling New Orleans theme—not his choice, but it’s nonetheless very characterful, complete with a glass-top display case dining table filled with feathers, Mardi Gras beads, cards, and related paraphernalia. The soft-spoken Dumont is the consummate gentleman, imminently polite, making sure everyone is comfortable and set up with refreshments. He looks a bit like a filled-out TinTin with a chinstrap beard and a wispy moustache, and has the same solicitous look on his face as that beloved comic book character. His responses are considered, but his thoughts are already formed with ideas that have been shaped over time, giving him a unique insight into DJ and dance culture. All this from someone who was born virtually deaf. 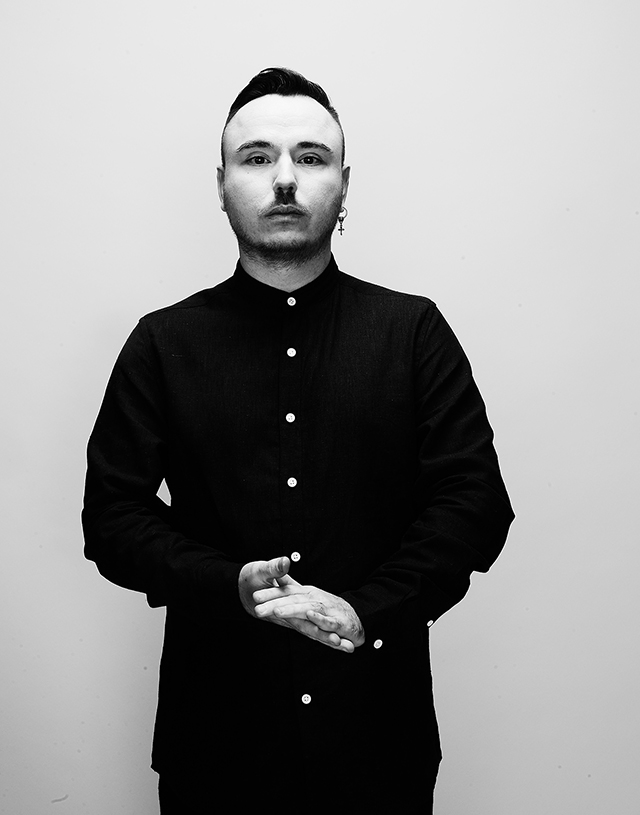 DJ Times: You were hearing-impaired at the start of your life?

Duke Dumont: That’s right. When I was born, I was quite heavily impaired in both ears. As my skull grew, it freed up the bones in my ears to be able to hear. Everything was so bad that the speech therapist told my parents to put their hands over their mouths when they were speaking to me because I was starting to learn to lip-read before I was starting to learn to hear. I had a few operations when I was a child that helped and my hearing is not the best in the world, but it got pretty good.

DJ Times: Does it impact you now?

Dumont: With large shows, there’s a real concern that it might slip back. I don’t want to end up like Beethoven quite yet. I didn’t do that well in school. I dropped out of college. I dedicated the last 10 years of my life to learning how to make music and DJing. This is the only thing I can do, for that to be taken away from me would be quite depressing.

DJ Times: What’s your set-up in the DJ booth?

Dumont: I like the Pioneer DJM mixers—any model. The way it’s set up is fun to use. I find it reactive. I don’t even have to think. Couple of Pioneer CDJs—again, any model. I can DJ with pretty much with anything. It’s all the same. I try to keep my DJ sets focused around the music selection, not too many tricks and effects, a little trick here or there. I always touch the reverb on the mix out to make it a little bit smoother, but nothing too distracting.

Dumont: I use USBs. I take a lot of time using Mixed In Key to see what’s in the same pitch and what’s in the same key. I bunch songs together stylistically in a relative key that will go well together. I have it organized by overall folders, vocal-based stuff will be one folder and more sterile, techno-based, instrumental stuff will be another folder. Within those folders, they are in key. But it’s not always about playing the next song that’s in the same key. It’s always about bearing in mind there is a build in energy and dynamics in the DJ set. If you see me squinting, people think I’m being moody, but it’s concentration. My eyesight is really bad. When it gets to a point where I’m looking for a song for two minutes, I know the folders have gotten out of hand and I consolidate them.

DJ Times: What’s your approach in terms of playing your own music versus other tracks?

Dumont: I get more inspired by other people’s music than I do my own. I’m supremely confident in the music I write and produce, but I’ve heard it a million times. Even if you take your favorite record, when you’ve heard it a thousand times, it’s probably not going to be your favorite record. I draw inspiration from really good-sounding club tracks. I’m also aware most people who buy a ticket to see me play want to hear the songs I made, so I’ve got a good balance. I remember a couple of times not playing “I Got U” and I got a lot of hate. What’s nice is “Ocean Drive” doesn’t fit into all the sets I do, but if I don’t play it, I still hear about it. When people are upset you didn’t play a record, I think that’s a sign you’ve made a good one.

DJ Times: What do you feel makes a good DJ? 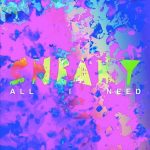 Sneaky Conjure up House Magic with ‘All I Need’