After years of anticipation, Eric Prydz has finally unveiled the release date of his debut artist album OPUS.

Prydz will unleash the long-awaited album on February 5, 2016 via Virgin Records. The release comes hot on the tail of his busy 2015, which has seen the Swedish DJ/producer release 30 new tracks in total (including the singles “Generate,” “Tether,” and “Opus.”).

Additionally, Prydz has unveiled the first set of dates for his brand-new EPIC 4.0 live show. The last installment took place in September 2014 at New York City’s Madison Square Garden, showcasing holograms, 3D technology, and lasers in its impressive production setup. The next set of EPIC shows will kick off in NYC once again on President’s Day weekend, with a pair of shows at Terminal 5 on February 13 and 14. This string of shows is billed as having been redesigned from the ground up and will also include stops at Los Angeles’ Palladium and San Francisco’s The Armory.

The tour dates are below. Head to Facebook.com/EricPrydzOfficial and live.ericprydz.com for more information. 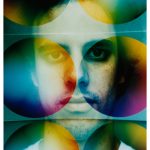 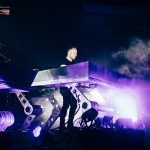