John MacLean isn’t much for trends. In fact, if you talk to the DJ/producer behind The Juan MacLean, he’ll tell you that his music is more about dance-music basics (Chicago house/Detroit techno) than umlauted fads (ahem, Nü-Disco).

So, after many well-received releases on New York’s DFA label, including the 2014 full-length In a Dream, the group’s latest single “A Simple Design” recently got a back-to-basics, remix release on London’s Defected Records. Fronted by Nancy Whang, the punchy cut enjoys tight new mixes from Purple Disco Machine and Jesse Rose—they join a package with the original track and Deetron’s buzzy remix.

We caught up with MacLean just as the single hit retail.

DJ Times: When making your tracks, especially “A Simple Design,” what gear do you use in the studio?

MacLean: I mostly use external hardware and synths, though I do use a bunch of stuff in the computer as well. I’m not really a purist. I just happen to have access to a lot of nice pieces of external equipment. On “A Simple Design,” the main riff in the song was done on an old [Sequential Circuits] Prophet-5. There’s also a lot of [Roland] SH-101, and the bassline is actually an ARP 2600. I suppose that song is a paradise of collectable synths!

DJ Times: How would you describe your sound?

MacLean: Something along the lines of “classic.” I like dirtier sounds and classic synths. I also like using live drums or some sort of live percussion, which again gives it a bit of an old-school feel.

DJ Times: And your DJ gear?

MacLean: I prefer to play vinyl. Again, I’m not some kind of purist—it simply works for me. The main reason is that I find that it keeps me more engaged in the process of DJing. I feel like you have to be more involved in the mix when playing vinyl. Also, it narrows down my music-buying options significantly, which is helpful for me.

DJ Times: You’ve been stamped as a disco DJ—why? 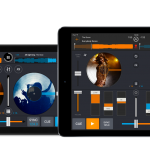 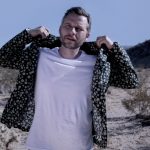