Mysteryland USA will return to New York’s Bethel Woods Center For The Arts this summer, bringing the fest’s third iteration to the legendary site on June 10-13, 2016 with a packed lineup of EDM’s hottest names.

This year’s Phase 1 lineup is led by Odesza, Skrillex, and Bassnectar, who will headline the three-day camping festival on Friday, Saturday, and Sunday, respectively. The trio is joined by fellow headliners The Chainsmokers, Zeds Dead, Young Thug, GRiZ, Gesaffelstein (DJ), Tchami, Gramatik, and Claude Vonstroke, with additional performances from Claptone, John Digweed, Lee Burridge, and MK. In addition to its well-rounded lineup, Mysteryland USA 2016 will also see the 21+ minimum age lowered to 19 as well as the expansion from two days to three.

The full Phase 1 lineup is below. Early Bird tickets go on-sale to the general public at 10 AM EST on Tuesday, January 19. For more information, head to Mysteryland.us 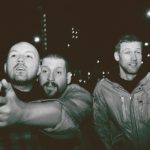 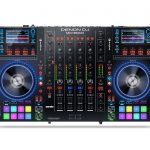