While 2015 has come and gone, its biggest dancefloor are still dominating the charts and clubs around the world. To keep your finger on the pulse of what’s tearing up the sets of today’s biggest DJs, Traxsource has broken down the highest selling tracks of December 2015.

With the world’s dance floors busier then ever, we had a record year at Traxsource; the connoisseur’s choice for underground music. Check out our Top 10 Best Selling Tracks of December 2015 to get a taste of the diverse mix of sounds that personify how eclectic DJs and their dance floors are becoming across the globe.

2. For The Music – Chris Stussy – Large Music
Large Music was one of our standout labels in 2015 and they really hit the spot with Chris Stussy’s ‘For The Music’. This sonically sublime slice of groovy deep house kept the dance floors packed in December and we can’t wait to see what Large Music have in store for us this year.

3. Feeling U ft. Yasmin – Sonny Fodera – Defected
Sonny Fodera and Yasmin were always going to be a match made in house heaven and they didn’t disappoint with this piano driven dance floor destroyer on Defected. Old school vibes with a modern twist.

6. Searching (Deetron Remix) – Fred Everything & Jinadu – Lazy Days Recordings
Deetron’s remix of Fred Everything’s ‘Searching’ crossed genres with sumptuous ease to cement its place as once of our biggest sellers in December. Just ask Franky Rizardo, Gene Farris, Pezzner and Pete Tong what they thought of it!

7. Chunky (Riva Starr Remix) – Format:B – Ministry of Sound
Keeping December fired up and funky was Riva Starr’s remix of ‘Chunky’ by Format:B on Ministry of Sound. A really raw slice of tribal goodness that killed many a main room in December and shows no sign of slowing down in 2016.

8. Spaceslave (Pezzner Remix 1) Dj Onionz – Uniting Souls
A deeply hypnotic house remix from Pezzner sent DJ Onionz’s ‘Spaceslave’ into another dimension on United Souls. One of the tracks that instantly encapsulated the sublime sounds of 2015 in under 8 minutes. No mean feat we can assure you!

9. Don’t You Feel (Crackazat Remix) – Moullinex – Discotexas
Simply dripping in pianos, Crackazat’s remix of Moullinex’s ‘Don’t You Feel’ on Discotexas sent many a house head spinning out of control on December’s dance floors. Munich based Moullinex had a great 2015 whilst big things are expected from Crackazat this year. Definitely one to watch.

10. Fuck Music (Session Victim Remix) – Kapote – Toy Tonics
Session Victim barely put a foot wrong in 2015 and their re-rub of Kapote’s ‘Fuck Music’ on Toy Tonics was audio dynamic proof of their perfectly produced past 12 months. Funky weirdness at it’s very finest; keep your eyes peeled for both Kapote and Session Victim in 2016.

For this and more, go to Traxsource.com 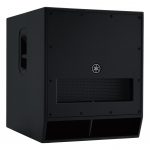 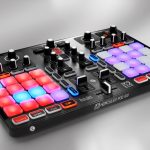