Anaheim, Calif. – According to organizers, over 90,000 industry professionals—manufacturers, distributors and retailers—are expected to attend the 2016 Winter NAMM show. Set for Jan. 21-24 at the Anaheim Convention Center, the annual exhibition/trade show will see plenty of product and technology debuts. As always, the DJ segment of the market will find its share as well.

Also, Testa Communications—publisher of DJ Times—will be there with a dedicated exhibition booth. It will also produce Convention TV @ NAMM, which will provide on-the-spot show coverage.

Related company Pioneer Pro Audio will debut the XPRS Series of active loudspeakers, which include the XPRS15 and XPR12 speakers, plus the XPRS215S subwoofer.

Denon DJ, one of 13 inMusic brands, will debut the MCX8000 DJ controller. Offering command of Serato DJ and Denon’s unique Engine software, the unit can run both platforms simultaneously. Also, DJs can use USB drives by opting to use Engine, which enables DJs to directly import Serato DJ crates and hot cues.

Smithson-Martin will show several new products, including the K32 Kontrol Surface, a full, 32-inch capacitive touchscreen now compatible with Mac OS X. The system will include the new Mac version of Emulator 2.0 with features like touch edit, MIDI, OSC and KeyCommand.

StompLight International will show its flagship product, StompLight, a portable, pedal-board-sized unit that produces dozens of colorful lighting effects for DJs and other performers at the click of a button.

From the pro-audio world, Yamaha will showcase the DXS18 powered subwoofer, an 18-inch unit powered by a 1,020-watt Class-D amplifier. The sub features a Cardioid Mode setting for systems with two or more DXS18s, effectively reducing the energy directed toward the stage, while increasing the bass levels directed at the audience.

Harman brand AKG will debut several headphone models. They include updates to the on-ear K67 DJ and over-ear K167 DJ pro-grade DJ headphones, plus the new K72 and K92 models of studio headphones. 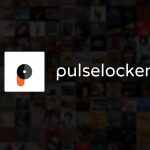 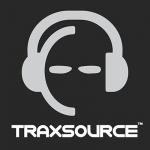