Dubuque, Iowa—In 1992, Mike Lenstra and his wife were expecting their first child. Thinking it would be wise to get a part-time job to help offset the upcoming costs of daycare, diapers and formula, he perused a local paper and came across an ad for a multi-op DJ biz looking for help.

Experienced with lights and sound, and with a love for music—he had been active in the local community theater scene—Lenstra thought it would be a perfect fit. The problem was that the multi-op was still using vinyl records and had no desire to change.

“I knew they would not be in business much longer,” he says. Instead, Lenstra decided to venture out on his own.

After kicking around several generic names like Ultimate Music and Gemini Productions, a co-worker at the printing press Lenstra worked at suggested he name the company after his son; so he named it Alex & Us, turned the ampersand sign sideways to make it a second x, and pushed it all together. Thus was born Alexxus.

That was the easy part. Getting clients was tougher. “That was the biggest hurdle in those early days,” he says. “If I could get people just to take a chance on me, I knew they’d be happy they did.”

His first instinct was to compete on price. “The logic was that if I could beat most everyone’s price I’d become an attractive option,” he says. “Fortunately for me, at the time I was the pressroom supervisor at a local printing company. That company also put out a weekly Penny Saver newspaper with local ads. Because I was around that and the sales people that put it together, I had the opportunity to learn a lot about marketing and sales. I began to dedicate more and more of my time on that aspect of the business than I ever did on technology or even music.”

The marketing education came in handy, being that Lenstra operates in such a competitive market. Based in rural Iowa, with less than 70,000 people, with the Quad Cities (236,000 pop.) 75 minutes away, and Madison, Wisc., (243,000 pop.) two hours away, Lenstra says this creates downward price pressure: “It’s not hard to find a DJ under $500 in the area.”

As for marketing, the days of doing a couple of bridal shows and “putting a good size ad in the Yellow Pages have long disappeared,” says Lenstra. “Now it is a constant battle to keep up on what is the trending place to be in Social Media for your demographics and how to keep your name at the top of the list in an Internet search. The rules of the game are constantly changing.”

Lenstra says that because most of his bookings come from web searches, customer reviews are an important factor for his business.

Alongside the changes in marketing, technology changes constantly, too. “The biggest change I’ve seen since I first put that needle on the record in 1994 has been the technology,” he says. “I began with two home-based CD players and thought life could not get any easier when the dual CD player with the rack-mounted control panel came along. Of course, it was not too many years later when we replaced those with the hard drive reader [the Cortex HDC-3000], which are now stuffed in a box somewhere in favor of the laptop programs.

“Now, my main system is an MSi laptop with VirtualDJ Pro software, controlled by the 19 MXR mixer/controller from American Audio. For PA, I use a combination of either the QSC K12s or Peavey PR 15s, depending on the size of the room. The light bar has a set of Blizzard Lighting Pucks for a wash effect, plus a pair of Vertigos, a Sparkle and a Galaxian—all from ADJ.”

To keep on top of all the changes within his industry, Lenstra is a big advocate of education to better himself and his business. “It is so surprising to me how many people will go to college to get a better lifestyle, but those in the wedding industry feel it is completely unnecessary,” he says. “I try to attend some type of work-related conferences at least once every year, have taken advantage of the educational opportunities presented to me by our local chamber, read books and watched DVDs, all in an effort to stay relevant in this industry. It stuns me when I hear—as one local DJ said to me when I tried to convince him to go to a seminar with me—‘I’ve been doing this for eight years. What are they going to tell me at a seminar that I don’t already know?’ I learn something new every time I’m in a room with the professionals in our field.”

As for that pressroom supervisor job at the local printing company? In 2008, he kissed that goodbye. “I finally said to my wife, ‘Honey, this is no longer a part-time gig. I’ve got two full time jobs, and one of them has to go.’”

Luckily for Lenstra, his wife let him choose the one gig he really loved. “I’ve been full-time ever since,” he says. “The lights are still on and I can still get ESPN, so everything must be working out well.”

When we asked Lenstra where he sees his business in five years—he’s currently a multi-op—he said that predicting the future is hard. “I’ll be in my sixties in five years. By then, I’m guessing my children will all be gone, the house will be paid for and the couple of guys that have worked with me for several years will be ready to pull back the reigns a bit. I see myself still doing a few weddings and doing more of a program that we call Trivingo for fundraisers and nightlife entertainment. Hopefully, that can take me to the point where the 401K is available and the Social Security checks start coming in the mail.” 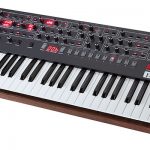 The Prophet-6 is The Real Deal 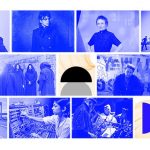