For students of modern music and musicians of a certain age (this is where I cough innocently, I think), the name “Prophet-5” conjures-up a wide range of memories. While there are a number of revered instruments in the history of music synthesizers, few are as iconic or as celebrated as the Sequential Circuits Prophet-5.

From epochal New Wave-era artists like Depeche Mode, Eurythmics, Thompson Twins, and Duran Duran, to songs from mainstream staples like The Cars, Laura Branigan and Genesis, to anthemic rock groups like Pink Floyd, the Prophet-5 is widely credited with helping define the sound of a generation of music. As the first practical, commercially successful polyphonic music synthesizer, the Prophet-5 holds a special place in music history—so much so that what remains of the 7,000 or so produced in total between 1978 and 1984 are sought-after collectors’ items when found in good, working condition.

Sequential Circuits, the company behind the Prophet-5, operated from 1974 until 1987 (when it was sold to Yamaha Corp.), succumbing to changing market conditions and other factors, but not before generating a long line of noteworthy instruments. The founder of Sequential, Dave Smith, was also the co-inventor of MIDI, creating a legacy that lives on today—a rare technical standard that hasn’t been supplanted by technological evolution, despite occasional grumbling that perhaps it should be. (For more about Sequential, see the sidebar that accompanies this review.)

While Smith spent time at Yamaha and Korg, among other outfits, after Sequential closed its doors, he eventually returned to running his own company, founding Dave Smith Instruments (DSI) in 2002. Like Sequential before it, DSI has been creating and producing an expanding line of synthesizers that are renowned in their own right. And now, after nearly outliving its predecessor company (in terms of years in business), DSI has revisited the past somewhat in the creation and release earlier this year of the new Prophet-6. And, thanks to a gesture of goodwill from Yamaha (who purchased Sequential’s assets out of bankruptcy back in ’87), it bears the Sequential name, the first new instrument to do so in nearly three decades.

I asked Smith what’s changed that’s allowed DSI to prosper, where Sequential, in the end, did not. “We’ve emerged from the synth dark ages in the last few years,” he said. “After the M-1 came out, for 25 years it was all about digital workstation romplers and soft synths. Now everyone knows there’s an analog renaissance. While it’s still not a huge market compared to slab keyboards, I think it’s here to stay this time.” I, for one, am sure hoping so.

Back in 2007, DSI introduced the Prophet ’08, billed at the time as a tribute to the Prophet-5 on its 30th anniversary. Smith deviated somewhat from the Prophet-5 template, using digital controls against an otherwise analog signal path. Purists, however, would point to the use of DCOs (digitally controlled oscillators) instead of VCOs (voltage-controlled oscillators) as evidence of that deviation, and Smith readily stated that the instrument was a celebration of the past—not a reproduction of it. Regardless, the Prophet ’08 was (and still is) a highly regarded synthesizer reflective of Smith’s life’s work and commitment to music and the people who make it.

But the Prophet-6, announced at the ’15 Winter NAMM and finally available this past summer, is perhaps a more faithful (and fitting) tribute to the fabled Prophet-5 and the earlier Prophet family. Since it was announced, DSI said that the Prophet-6 has stirred up considerable interest, not surprising that it’s a sort of modernized successor to the -5. With the best qualities of the original, including VCOs, and a completely analog architecture and signal path (apart from the effects engine, something the Prophet-5 never had, something implemented digitally in the P6), the new synth adds capabilities the original didn’t offer. They include the aforementioned effects, high-pass filter, aftertouch, stereo output, a polyphonic step sequencer, arpeggiator, MIDI, and a much larger factory sound library, as well as more room for storing user-created patches.

It retains the essential spirit of the original, not just with the VCOs, filters and envelopes, but also with the famed Poly-Mod function, which received some expanded capabilities, too, vs. the P5. It also adds a “slop” control that reintroduces random drift and variations in tuning inherent to the technology of the ’70s and ’80s, a control necessary today to achieve vintage sound given the outstanding stability of the design that current technology enables in the Prophet-6.

The Prophet-5, -6, and ’08 definitely bear a family resemblance in appearance, functionality and sound, but there are some notable differences.

Speaking of factory sounds, DSI engaged John Bowen, former Sequential employee and designer of the Solaris synthesizer, to recreate his original Prophet-5 patches for the new instrument. Those 40 or so sounds, coupled with a wide range of others from a handful of capable designers, mean the P6 offers fully 500 factory patches that both demonstrate the instrument’s capabilities, and that provide excellent jumping-off points for evolving the sounds further. The territory covered includes the usual strings, leads, pads, and the like, and sometimes wanders into truly bizarre (and cool) territory that leaves you wondering, “How’d they do that?”

The on-board digital effects greatly expand the potential of the Prophet-6 over the P5, and even the ’08. Everything’s there you might want: distortion, various reverbs, multiple delays, chorus, and phase shifting. And once again, for purists, disabling the effects provides a true bypass, ensuring a 100-percent analog end-to-end signal path where desired.

When it comes to the physical instrument, one thing that’s clearly improved from the old Sequential Circuits days is build quality. Perhaps the majority of the reason has more to do with components than physical construction; electronics of the late ’70s and ’80s seemed almost universally to be a bit fussy and unreliable. (ColecoVision, anyone?) Regardless, while the old Sequential Circuits sourced components and assembled instruments in-house, those duties have been outsourced by DSI today, remarkably retaining, however, its “Made in the USA” label. Using outside expertise, coupled with today’s better components and build practices overall, the result is a solidly built, reliable instrument—albeit it one that retains the homey, classic, furniture-grade, real-wood accents (and thus, the distinctive look) of its Sequential ancestors.

My own workflows to date have been strictly digital, and almost completely through soft synths within my DAW of choice. I still own a pretty dated “rompler” synth I spent a lot of time with in the distant past, but while I’ve played real analog synths before, I’ve never owned one before, or spent that much time with one. That’s made the experience with the Prophet-6 particularly enjoyable and refreshing—and it’s shifting how I think about and approach the creative process.

Making music has, for me anyway, felt rather analogous to programming a computer. Sure, I play notes on a MIDI keyboard controller, “record” those, and manipulate them, tie them to soft synths, and music comes out. But the process is not particularly expressive. When you have a Prophet-6 in front of you, that experience begs to be changed rather dramatically.

Can you program its behavior via MIDI in the DAW? Sure… All the knobs on the Prophet-6 are mapped to MIDI control and can be automated, just as I’d always done with soft synths. But it seems almost unnatural; it makes more sense and feels more musical, more creative, and more expressive to simply play the instrument.

Apparently, I’m not the only one. When I mentioned this to Smith, he wasn’t surprised. “Musicians can once again play a new analog synth, and they immediately hear the difference in the sound and appreciate the musical interaction with the instrument,” he said. “It’s something that’s missing from soft synths, and from digital keyboards with huge screens and long lines of confusing buttons as well.”

As I’ve been figuring out DAW workflows with the Prophet, I’ve tended to record both MIDI and audio, and mixing and editing has often involved tweaking a combination of both, sometimes re-recording MIDI playback, sometimes not. This shift in emphasis (vs. my old workflows) toward recording live performance and manipulating the result has made the Prophet-6 unbelievably liberating creatively, breaking me out of a long-held mold (some might say, rut) in music production.

Another unexpected benefit of the Prophet-6 and its myriad knobs and controls at my fingertips is venturing more confidently into sound design. The Prophet begs to be played—and played with. And because the experience is so incredibly satisfying, I find I can burn hours of pure fun without realizing it. The P6 lets you easily initialize a default sound configuration; factory default is a simple tone from a single oscillator. You can then tinker and dial-up or dial-down all the attributes of the oscillators, mix, filters, envelopes and effects, sprinkling in, perhaps, some arp patterns, or some aftertouch modulation, or whatever and wherever the creative urge takes you. Infinite possibilities—infinite fun.

The single flaw I’ve found since purchasing my Prophet-6 is a minor issue with the function of some of the digital displays while adjusting certain parameters when there’s incoming MIDI data. DSI was already aware of the firmware bug that causes it, which will be addressed in a future field update, and it affects only the display—not the functionality.

So, the one thing I’ve not talked about—how does it sound? In a word, amazing. While your own reaction probably depends on your preferred genres and styles, there’s nothing quite like the powerful, edgy sound of a true analog synth. The mid-’80s might have seen this sound go a bit out of fashion for a time. However, for the past decade or more, the resurgence of analog has been strong (as Smith’s earlier comments suggested), able to find a place at various positions in the mix of most of today’s music, proving that the Prophet name is as important and viable today as ever.

One of the main reasons that the Prophet-5 is still revered today is its sound, and the Prophet-6 justifies the same level of reverence in my view. It’s capable of a tremendous range of timbres, from soft and squishy to pronounced and dominant—accentuated, perhaps, when you kick it into unison mode and layer those voices over one another. I can tell when I’ve successfully dialed in just the right combinations on the controls—it’s when I realize I’m sporting a huge smile on my face while my fingers dance around the keys. And with the Prophet-6 in its prominent home in my studio, that’s been happening an awful lot lately.

With a street price of roughly $2,799, the Sequential Prophet-6 from Dave Smith Instruments represents a true investment for the typical keyboardist or producer. But with its incredible true analog sound and wide timbral range, renowned lineage, modern enhancements (like the on-board effects), excellent build quality, and overall capabilities, it represents a strong addition to the sonic arsenal of virtually any artist or producer—and it’s certainly (and proudly) found a permanent home in mine. 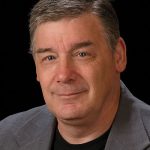