Waterloo, Wis.—To get to the beginning of Scott Quimby’s DJ journey, one has to go back to the summer of 1992, when he was invited to four weddings.

“Each one was progressively worse and worse,” says the Wisconsin native, unafraid to tell it like it is. “The DJs were just standing there, not interactive, not creating a party environment.”

Eventually, at the third wedding—“After some liquid encouragement,” says Quimby—he grabbed the mic and sang along with the songs that were playing. “People responded,” he recalls, “and at the fourth wedding, a friend of mine’s mother asked me to sing again for the crowd, and when I was done, she said, ‘You really have a knack for this—you should be an entertainer.’”

The seed was planted. Emboldened, he went to the local roller rink and got the DJ job immediately. The kids loved his routine, but he quickly tired of the less glamorous part of the job—emptying garbage, cleaning up spilled soda and cardboard pizza boxes. So he applied to a local mobile company to do weddings.

“They kept sending me out with an older gentleman who, in my opinion, was not a very good trainer,” he says. “I felt I was ready to spread my wings and do great things. When I asked the manager to give me my own gigs, she told me sarcastically if ‘I didn’t like their training practices, maybe I should go start my own company.’”

Well, Quimby did just that and, 23 years later, he still owns High Energy DJs & Photography in Waterloo—an hour west of Milwaukee, a half-hour east of Madison. “I’m thinking they wished I would have stayed with them,” he says. It’s a career that’s made him forget about all the job-hopping he had done prior. “Anything was better than what I was making prior to starting my DJ career,” he says. “I had no desire for continued education at that point in my life, so DJing, for me, I was like, ‘I have to make this work at all costs.’”

Initially, when he started his company, Quimby’s challenges were typical—finding gigs. “I invested a solid chunk of my initial start-up loan in equipment and music and didn’t leave much for advertising,” he says. “Pounding the pavement was the only way.”

He found a couple of local bars that were willing to hire him “on the cheap,” and through this exposure to weekend audiences, wedding work started to trickle in. Quimby says once the wedding business got going, the referrals began to pile up quickly. Within 12 months of starting his company, he had to expand.

“I had a couple of friends that needed some extra cash and they were relatively outgoing fellows, so I took them as fellow DJs,” he says. “Over the years, I cannot emphasize enough how important it has been to hire good people. You can teach them to be good entertainers, but they need to be good people in general. The referral business is 80-percent of our business and hiring the right person can make or break your company. I still have on staff one of those first two guys I hired 20-plus years ago.”

All those years in business have brought many changes to the industry, some good, some not so good. “The climate has changed over the years,” he says. “Print advertising is dead to me. I solely use Internet ads and social media. There is no need to throw money to the wind at shotgun advertising concepts. We deal with direct-ad sites that hit our target audiences right between the eyes.”

The better equipment is a favorable change, of course, and music being delivered on laptop has been a life-saver, eliminating the haul of boxes of records or CDs.

But for Quimby, one of the more disappointing changes happened in the early 2000s. “It was the whole ‘get-what-you’re-worth’ dialogue that was being peddled,” he says. “Most of my competitors locally shunned my company because we refused to raise our rates. Our company does very well with our price point where it is at, and my competitors felt I was undercutting them because I refused to play the game of collectively raising our rates to our competitors’ level. I was deemed ‘a joke’ or somehow not worthy of their standards.”

It still stings, obviously, but Quimby says he keeps the overhead low and the service level high—no huge lighting displays or massive stacks of gear. He runs seven systems and they all include: Inspiron laptops running Virtual DJ; Stanton DJC.4 controller/interfaces; FBT powered speakers or Bose towers; and various lighting units from ADJ and Chauvet.

“I will take my 25-minute setup, and 15-minute teardown after the show,” he says. “The banquet managers like it, my DJs like it, I like it and best of all, my clients like it. There is room for everyone.”

When I asked Quimby if he still enjoys DJing, he said that he’s at the point that he feels many business owners are at after 20-plus years on the job. “On days that I have to go DJ, I dread it until the equipment is set up and the mic is in my hand,” he says. “Then that same energy that led me into the business so long ago takes over and I feel the enthusiasm and adrenaline rush that has made this successful over the years. There is nothing better than getting that review back in the mail that tells me my company made the single-most important day of a bride’s life the best day of her life.”

And when will he stop? “Hard to say, really,” he says. “I still marvel at the fact that the local high-school kids absolutely demand that a 45-year-old gray haired ‘old dude’ DJs for their proms—I must be doing something right. I’m sure the sun is setting, but put a mic in my hand and chances are I will probably be entertaining the seniors at the retirement home someday!” 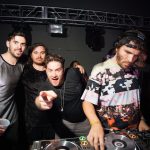 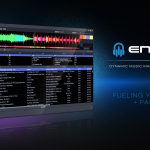