Dutch DJ/producer Bakermat is gearing up for a massive spring with the release of his new Ballade EP and the announcement of his The Circus North American tour.

Out now via Dirty Soul Music, the two-tracker includes a stunning pair of melodic, vocal-led scene-stealers. Incorporating jazzy saxophone elements and a moody, downtempo groove, B-side “Gone” is primed for those hazy afterhour comedowns. On the flip-side, the EP’s title track is a lush ballad featuring operatic vocal elements and emotive piano melodies that will keep this one on repeat for weeks to come.

In addition to the new EP, Bakermat is also embarking across North America to bring his live show to fans across the United States and Canada on The Circus tour. The jaunt kicks off during Miami Music Week on March 15 at Story Nightclub, and the Dutchman will make stops Chicago, Brooklyn, and Chicago before the tour wraps up on April 10 in Salt Lake City. Full tour dates are below.

Listen to the EP below and purchase it here. 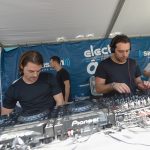 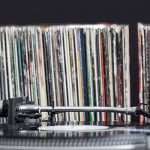 Are You a Real DJ? Take this 10-Point Checklist