There’s no doubt there’s a gender representation gap in the dance music scene. A cursory glance at any festival lineup is sure to alert you to the fact that bookings of men far outweighs women, and an empirical study of that data has produced some particularly harrowing results.

In 2015, only 10.8% of global electronic music festival DJs were female, according to an investigation performed by female:pressure. There are numerous theories as to what is the root cause of this discrepancy, but don’t let injustices of the reality fool you into thinking women aren’t advancing electronic music.

There are endless scores of female-identified talent in the greater dance music realm, and to honor International Women’s Day, we’d like to shine a light on a few of our favorite artists. Of course, this list is by no means exhaustive, but instead is just the tip of the iceberg. Read our picks below and head to International Women’s Day’s website for more information.
Hannah Wants
No one else brings the bass quite like Birmingham’s Hannah Wants. The bassline house maestro is one of the most skilled selectors in the scene, having first gotten behind the decks following a fateful club visit when she was just 16 years old. She’s recently begun a new phase of her production career with the release of her quirky solo single “Just” on Mark Knight’s Toolroom last week, making 2016 look even brighter for the UK phenom.

Anna Lunoe
This Aussie’s been on a very steady rise to the top since her humble beginnings of making vocal bootlegs of Justin Martin productions, adding her accessible vocal stylings to bouncing basslines and slick melodies. Her 2014 All Out EP was a deft blend of radio-ready song structures with clubby aesthetics, but her top-notch skills as a selector have come to the forefront in recent months thanks to her weekly program on Apple Music’s Beats Radio 1.

They’ve recently ditched some of the progressive house synths in favor of a pop-rock aesthetic for their recent single “Sayonara” and an upcoming live tour, but Rebecca & Fiona’s booty shaking remix EP is proof they haven’t left the decks behind forever. Check out our interview with the charismatic pair for DJ Times TV here.

DJ Minx
No dance music list is complete without someone to represent Detroit, and DJ Minx more than fulfills that role. She first grabbed our attention with an irresistibly groovy daytime set at last year’s Detroit Movement Festival, and DJ Minx keeps the beat going with consistently soulful sounds and banging basslines. As owner of Women on Wax Recordings, she’s been raising the bar for over 15 years. She puts it best when she proclaims, “Feminism never sounded so good!”

J.Phlip
Often described as “Dirtybird’s Secret Weapon,” the San Francisco transplant’s name has become synonymous with her club-rattling booty-tech sets. Deftly picking influences from ghetto-tech to acid house, the Chicago-born deck master is an armed dancefloor weapon when she drops beats on unsuspecting dancefloors. As at home with a pair of turntables as she is with Pioneer CDJs, Jessica Phillipe is no doubt one of the fieriest talents to behold.

Octo Octa
The Brooklyn-based producer made waves earlier this year with her story of transitioning, shedding a bright light on gender identity in the dance music landscape. Delving into emotohouse sounds with fully live performances, Octo Octa delivers completely unique experiences that need to be seen to be believed.

The Black Madonna
With her banging combination of techno and house, there’s no doubt why Chicago’s The Black Madonna has become such a favorite of chin stroking dance tastemakers everywhere. She’s become an essential staple of underground warehouse parties for a while now, but this year seems like a particularly big moment, with Miami Music Week bookings at both Dusky and Disclosure’s showcases. Don’t let us try to convince you; listen to her recent B2B set with the Bunker’s Mike Servito and she’ll do it herself.

Honey Dijon
Despite being born and raised in Chicago, Honey Dijon’s true home lies in New York City, where she’s known as one of the finest techno artists around. Combining her Berghain-ready beats with elements of disco and house, Dijon has crafted a sound that’s wholly unique and wholly representative of the diverse sounds of NYC. Catch her as soon as you can possibly can.

NERVO
With a full-length album, numerous high-profile collaborations, and countless sold-out shows under their belt, it’s no wonder the Aussie sister act has become one of EDM’s biggest crossover successes. Taking turns behind the decks, mixing console, and vocal booth, Mim and Liv are a true triple threat with their stadium-ready tracks. Their recent “The Other Boys” collab with Jake Shears and Kylie Minogue was undoubtedly one of the 2015’s songs of the summer, and there’s no doubt it’s only going to get bigger and better from here.

Cassy Britton
Raised in Austria by way of England, this techno maven has been a force to be reckoned thanks to her musical upbringing and her years spent cutting her teeth at Berlin’s Panorama Bar. With remixes of industry icons like Loco Dice, Ricard Villalobos, and Pan-Pot under her belt, Britton’s become the go-to place for stellar productions ripe for club play. More recently, she’s been associating with Jamie Jones’ Paradise party crew, and you can catch at its Miami installation later this month during Miami Music Week.

Nicole Moudaber
You can call her the Queen of the Drums. With a dark, industrial take on the Drumcode style of pulsating techno, Nicole Moudaber has carved out her empire of devoted fans who come in droves to dance all night long to her twisted beats. With a busy schedule that entails nonstop touring, running her MOOD Recordings imprint, and managing her weekly In The MOOD podcast, the Lebanese DJ/producer is always one on which to keep a close eye.

DISCWOMAN
This NYC collective—founded by Frankie Hutchinson, Emma Burgess-Olson, and Christine Tran—serves as a platform and booking agency to represent and promote female-identified electronic music talent. First launched as festival at Bushwick’s trendy Bossa Nova club in 2014, the group has grown in stature to bring its presence all the way up 10 different cities. With over 150 artists involved with DISCWOMAN already, it only made sense for Smirnoff Sound Collective to document the group’s story in a new documentary. Watch below.

Little Boots
On the title track of her 2015 LP Working Girl, Victoria Hesketh proclaims, “It’s so hard for a working girl,” but she’s making it all look easy. Balancing her roles as a dance-minded popstar, On Repeat Records head honcho, and unstoppable DJ/producer, the British artist is one of the most consistently exciting acts to follow. The only thing we like even more than her impeccable musical output is her acerbic wit, as evidenced by her brilliant tweets.

Anabel Englund
People first got a taste of Anabel Englund’s big pipes back in 2012 when she purred about the tangible “Electricity” over sultry beats from Lee Foss and MK, but it was her 2013 crossover smash “Reverse Skydiving” with Hot Natured that rocketed her toward the stratosphere. Riding the beats on vocal-focused tracks and wowing crowds from atop the mixer during her club performances with Foss and MK (her Pleasure State bandmates), Englund stands as an outlier in the dub-heavy tech-house scene.

She’s currently at work on her debut solo album, but she’s keeping the wait for new music bearable in the meantime with the launch of her Gari Safari party series in Los Angeles alongside longtime collaborator and DJ/producer Human Life. Don’t miss our chat with her alongside Pleasure State here.

Dawn Richard
Going from MTV’s Making The Band to alt-electronica chanteuse, Dawn Richard’s career is anything but ordinary. Gifted with a heavenly voice and an unstoppable work ethic, the New Orleans native has been a fixture on the electronic circuit since the release of her sophomore solo LP Blackheart at the beginning of 2015. She’s now at work on its upbeat follow-up REDemption, which she’s previewed via the aptly titled “Dance” and explosive, Machinedrum-produced “Not Above That.”

Catch her interview with DJ Times TV below.

As one half of the legendary dance act Moloko, Roísín Murphy is essentially club royalty at this point. With her signature warm vocals and jaw-dropping outfits, the Irish singer has become a pioneer in the space that bridges the gap between the pop overground with the clubbing underground. She dropped the brilliantly batty “Jealousy” on Damian Lazarus’ Crosstown Rebels label last year as well as the subdued, tech-house-tinged Hairless Toys last year, and she’s got a whole new album finished and due for release any month now.

Who’d we miss? Yell at us in the comments. 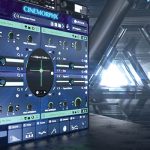 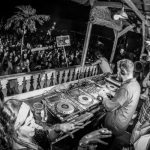