There was a time when Apparat and Modeselektor might not have seemed to be obvious collab partners.

Apparat’s Sascha Ring had always been a master at creating ultra-melodic, often-gorgeous, generally otherworldly electronic sounds. Check his terrific 2011 CD, The Devil’s Walk—it’s more EM than EDM, for sure. Meanwhile, the output from Modeselektor’s Sebastian Szary and Gernot Bronsert leaned more dancefloor-friendly, but certainly never in a genre-specific way. For example, Monkeytown (also from 2011), offers a wildly dynamic range of grooves, textures and beats—quirkier than Apparat, perhaps, but no less appealing.

But now, 14 years and 10 releases later, the Berlin-based trio known as Moderat remains one of electronic music’s most distinctive acts. As again evidenced on its latest full-length (III on Monkeytown Records), Moderat brings a kaleidoscopic mixture of melody (murky or direct), percussion (glitchy or breakbeat), sounds (icy or harrowing) and vocals (haunting or emotional). Add it all up and III’s a pretty addictive serving. We caught up with the Szary, Bronsert and Ring when they visited Manhattan this past winter.

DJ Times: What do you like about the Modeselektor sound that made you want to collaborate?

Sascha Ring: I know that Modeselektor have a certain image—they’ve been called “techno hooligans.” [laughs] But I know that they have a completely different side. They’ve make quite melodic records as well—maybe people don’t know those records quite so much. It might seem that we’re far away from each other musically, but in reality we’re not that far. Back in the day, I was playing hard techno and, even today when I DJ, I have my moments when I really like the noisy, distorted stuff, so this is still inside me. So just like I have this side, they also have a melodic side.

DJ Times: And what did Modeselektor like about Sascha’s Apparat music?

Sebastian Szary: We liked his emotional side to his music. I felt some similarity to his music. It’s emotional music—it’s not meant to just please someone or to feed some genre. It tells you something without having lyrics. It’s like a transmitter for emotions.

DJ Times: Moderat music defies the genres—there’s no easy place to put it. How would you describe it?

Gernot Bronsert: I see it as a perfect soundtrack for a movie that’s not done yet.

DJ Times: In the studio, what gear or software can you not live without?

Bronsert: The studio is always changing—gear is coming and going. We have machines, things like analog synths, that we will never sell because we love them. But, more and more, we are using software synths. I think Szary is using a lot of outboard equipment like the AIRA machines, guitar pedal effects and MPCs. But it changes always. We recorded a lot with the modular system with constantly changing patches.

Szary: Basically, we use Logic and Ableton, but we use all the usual software, like Native Instruments Reaktor 5 is standard, basic. But if there’s something new that we like, we’ll use it.

Bronsert: Since 2011, a very important synthesizer from Native Instruments, Razor, has delivered our bass sounds. That’s very important—it’s one of our favorite soft synths.

DJ Times: Sascha, you’re known for your unique sounds. How do you make them?

Ring: I got tired of synthesizers about 10 years ago. So, the main sounds on my records are sounds that are heavily effected. Very often, I will use just a guitar or a piano or a mandolin, and I will use lots of guitar patches. I really like the fact that there’s still dirt in there. Like when I play the guitar, I don’t do it very well, so when there’s strumming I hit something I’m not supposed to hit—that makes it a little more interesting and dirty. So, they’re acoustic sounds—they’re just effected.

DJ Times: And specifically when working as Moderat…

Ring: For the synthesizers with Moderat, I’m always searching for something else. For our second record, I discovered the world of the iPad and I was using lots of apps. For the last record, I bought a modular system and I was just patching around. But I didn’t use any analog sounds—like I was using a sampling module and was modulating it heavily and using effects.

DJ Times: What’s the process for making a Moderat record?

Ring: We all try to come up with as many ideas as possible. We have months and months where we go to the studio separately and try to come up with ideas. Then, at some point, we have a huge folder of ideas and then we start developing them together.

Bronsert: The listener really cannot tell who is bringing which sounds and which beats. This changes from time to time, but the songs themselves and the lyrics… that’s Sascha.

Bronsert: It is a democracy and it is way harder to make three people happy than two. A lot of work is about understanding each other and what the other person wants to say with the idea, the song or the beat. We don’t always all know what we want to do, but we definitely know what we don’t want to do. 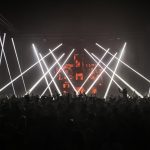 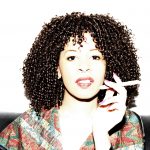 ‘Fall’ for Jana Falcon with Premiere of Two Garage Heaters