Madison, Wis. – Travis Seibert was never shy about getting a party started. That’s what Mark Miller, the owner of Sound Storm Productions, saw when he recruited the young Seibert in 1987 to help DJ a prom—before he was technically eligible to go to prom.

“I remember being so nervous that I felt like a wanted to throw up,” says Seibert. “The good thing was that at this time tapes and CDs where the format for DJing. I had a lot of music and the knowledge to go with it.”

Seibert says the butterflies passed soon after the dance got started. When it was done, he was sure he had delivered a subpar performance. The school contacted Miller the following day. “I was sure they wanted to complain about me not being up to par with their expectations,” says Seibert, “but I was wrong. The school wanted to book for next year with me as the DJ. They said the dance was amazing.”

Seibert, always his own worst critic, was on his way. The bug had bitten him. “Mark saw something in me,” he says, “and took a chance.”

After that, his DJ ambition, if not his career, started to get some traction. He started making CDs for people, which led to him doing small house parties. In 1995, he enrolled in broadcast school in Dayton, Ohio, where he applied at a nightclub that was looking for a DJ—he showed up and had no idea what he was in for. “The ad didn’t specify what kind of club it was, but it became pretty clear quickly,” he recalls. “It was a juice bar that featured women wearing bikinis and lingerie… a strip club, sort of, but with some elegance.”

The owner told Seibert to play a song and introduce the dancer. He did. Then she told him to announce her coming off the stage over the music. He did. The owner hired him on the spot.

He worked at this club, Pzazz, for some time, the 3-to-9-p.m. shift, after his classes were done at the broadcast school. He would then drive to Cincinnati, 55 miles away, to work at a club called Bourbon Street. That’s where he met DJ Taz.

“DJ Taz, who was originally from Brooklyn, N.Y., taught me a lot,” says Seibert. “Taz introduced me to record clubs, turntable-style DJing and lighting controls.”

“I’m so proud,” he says. “When I started the company, it was never about having the best lights or DJ gear. It was always about the people. You’ve got to have a great foundation.”

Of course, when he launched in 2005 he did run into initial challenges—namely, capital. “I’ve built the business painstakingly, brick by brick,” says Seibert, who worked a full-time job as a business and store manager for Verizon, while working nights and weekends on the DJ business. Three years ago, he finally ditched the corporate job to DJ full-time. “When you’ve got to work another job to go do the job you love, it’s humbling. It also builds character.”

Fortunately, Seibert is stubborn—he attributes it to his German heritage—so all he knew was to fight. “Life goals and expectations are not a sprint,” he says. “They’re, in fact, achievable if you look at them like a marathon. As long as you don’t give up you’ll achieve. I want to someday have my time and money be equal. That way I’m not a slave to either—that’s the secret to life. Work to live, not live to work. Simple.”

It helps that he still believes in the mission of a DJ—to help people have a good time on the most important days of their lives. “I love being able to do an event,” he says, “and have people come to me and ask, ‘What was that last song?’ It’s even better when the guests stop to thank you for playing music they can relate to. Everybody wants to hear their songs at an event. Most are happy with hearing just one. The problem is they oftentimes don’t even get that. The DJ’s knowledge and range can make him or her stand out every time.”

Where does Seibert see his company in five years? He says he hopes to have 25 DJs and five photo booths, plus a commercial location in downtown Madison perhaps. “I want to keep improving our equipment, stay educated and continue to find people who are passionate about DJing,” he says. “I would like to help as many people as possible.”

And as for eventually stopping his DJ career? “Only when it’s not fun anymore, and that means never I guess,” he says. “I just don’t allow myself to have a bad show, have events end early or give up on a crowd. I’ve still got a lot I can learn and teach others. I want to keep pushing to bar higher. We pride ourselves on this. Our A+ rating with The Better Business Bureau and our 2014, 2015, 2016 Couples Choice Awards keep motivating me to do better.” 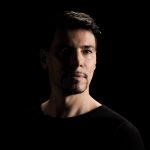 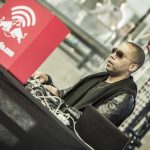