Hercules has expanded the functionality of its DJUCED 40° DJ software with the addition of a built-in sample pack editor.

Set for release on April 6 via the Version 3.1.2 software update for the program, the editor will allow users to create their own sample packs on the fly using drag-and-drop controls. After dropping their samples into the program, users just need to assign a name to locate the samples, the pack’s BPM, and a defined color to act a visual marker. The new tool is aimed at both new users and experienced musicians, with the editor’s capabilities ranging from crafting packs out of songs to creating all-new ones using a DAW.

For more information, go to Hercules.com. 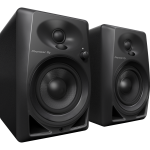