When he’s not beefing on Twitter with Kanye West, deadmau5 keeps busy by assert that “all DJs push buttons,” but Giuseppe Ottaviani has been challenging that notion head-on his entire career.

Rejecting the label of “DJ” in favor of being a live musician, Ottaviani has flipped the table on the notion of what an electronic music performance can be. This past February, the Italian producer unveiled his Live 2.0 performance concept at Electric Daisy Carnival Mexico, recreating his own original productions completely live with a streamlined equipment setup. These productions have made him a force to be reckoned with in the greater trance realm, with genre legends like Paul van Dyk singing his praises throughout the course of his career.

We caught up with the Ottaviani shortly after the debut of Live 2.0 to chat about the massive undertaking as well as his label and where he plans to tour the live show over the next few months.

DJ Times: You debuted your new Live 2.0 show concept at EDC Mexico on last month. What can fans expect to hear and see from the new setup this year?
Giuseppe Ottaviani: After 13 years of performing my own music live on stage with keyboards and a bunch of electronic tools, what we call now Live 1.0, I decided to go even further and not only perform the music previously created in the studio, but create brand-new tracks on-the-fly, right in front of the crowd and perform them straight away. I’ll be playing some of my productions, of course, some new remixes and something from my label GoOnAir too. The most important thing is to have something new created right then and there with my new Live 2.0 setup! Also, watch out for something quite different called”‘Slow eMotion.”

DJ Times: Your Live 1.0 concept saw the use live instruments on stage. Why did you decide to move entirely in the box for 2.0?
Ottaviani: Actually there’s still the use of a hardware synthesizer even though it’s been scaled to 25 keys size, but that’s the most important part of the Live 2.0 setup since I use this one to play and record all the melodies in real time. The main reason why I moved in the box—and I mean it’s a large aluminum suitcase that we are talking about—is because I wanted to have everything close enough and under control since the new concept requires some intense tasks to perform. Moreover it made my soundcheck life easier as I just open my suitcase and connect the audio cables to the main system while all the equipment remains connected in there. It is also easy once I finish to play to just pack my bag and jump on the next flight.

DJ Times: What exactly is your gear setup—both hardware and software-wise—in the new concept?
Ottaviani: As I’ve said before, everything I need is packed into a classic aluminum suitcase plus two laptops standing on the left and right sides of the case. The Akai APC40 MK2 is the piece of equipment I use to control Ableton Live 9, which is running on both laptops. It controls all the different VST instruments like Spire, Sylenth, Massive, Battery, and the MIDI going back and forth from my Roland System1 synthesizer. I use the APC40 to record in real time what I play from the System1 and to launch all the recorded clips to build a track live. Then my Roland MX1 mixer allows me to cue and to mix all the channels coming in from my two laptops and from the System1 in a very smart way. In fact, the MX1 is not simply a mixer, but it’s more like an instrument you play with thanks to all its effects and sync capabilities. Last but not least, I have another two MIDI controllers: the Samson MD13 is a small launch pad where each pad triggers a different effect to help me during the transitions and the Samson MF8 acts like a classic DJ mixer with EQ, gain, and filters.

DJ Times: How do you prepare and rehearse for a massive undertaking like this?
Ottaviani: I don’t. The Live 2.0 concept is intended to be completely spontaneous. “Live the moment” is the motto and creating something new in front of a real crowd it’s extremely inspiring and exciting. Fact is, not everything I’ll create will be a great hit of course, but during a first test I did back in November 2015 at Dreamstate, I came up with something that actually stood up. The rest, I made that night and now it became my [latest] single release. It’s called “Musica,” and [it saw] the light of day on March 14th on Black Hole Recordings. So Just like what happened for “Musica,” people will potentially hear my next single while it’s being created. How cool and exciting is that?

DJ Times: What went into designing and streamlining the setup for Live 2.0?
Ottaviani: That was the most fun part for me. I’m quite good at and I’m a big fan of DIY things. I designed and built the new setup by myself. I looked around for the right gear first, then I picked up the right suitcase and built step-by-step all the internal aluminum structure that holds the equipment safely in place. Then I did all the connections and tests and secured the equipment within the suitcase with Plastazote foam to avoid damages on the flights. I’m currently improving my setup as I discover new things while using it; I’m updating some software and making some modifications to the initial design.

DJ Times: How much of the set is planned ahead of time? How much freedom do you have to switch things on the fly in response to the crowd?
Ottaviani: It gives me 100% freedom. Nothing is planned ahead aside from the intro track which obviously needs to be ready to play. To give you a better idea, the Live 2.0 has got two different sections. One section is what I call the “DJ section” where I put all my productions, remixes, mashups and even music from my label, GoOnAir. The other section is the “live section” and this is where I have the software and the sounds that will allow me to quickly create a raw production on-the-fly. To be specific, I have a total of 8 channels: Kick drum, Percussion loops, Cymbal, Bassline, Mid-range bassline, Leads, Pad/Strings, Piano. This is based on loops, which means I will play and record each sound and then loop it. Once all the sounds and melodies have been created and are in place, I will perform the track straight away during my show. I will live in the moment, recording and playing whatever comes to my mind. I get most of my inspiration while playing in front of the crowd and I usually write music when I’m back in the hotel or on the way back home. Now the idea behind the Live 2.0 is not to wait ‘til I go back, but just write the music while I’m onstage and perform it right away. So I think that combining all those live elements with my productions and performing new freshlymade tracks every time will give some special touch to the show, something that people can only experience when attending my shows and in every gig I’ll be able to deliver something completely new and unique.

DJ Times: What about the studio? Any big releases or projects in the pipeline this year?
Ottaviani: In the studio, it has never been as busy as it is now! One of the most exciting things lined up is a cover of the main theme of a famous UK TV series. Then I have a new collaboration and two big remixes to be released in the coming months. And above all, I almost finished my new artist album, which is due later this year on Black Hole Recordings.

DJ Times: How are things over at your label GoOnAir? Any particular artists or releases coming up that you’re excited about?
Ottaviani: Things are good and getting better and better. I’m extremely excited for the next two upcoming releases. First of all, we’ve got the new ReOrder called “Across The World.” Next I have a very special guest: M.I.K.E. Push is joining us at GoOnAir for a great single release. Keep your eyes on http://www.goonair.net! 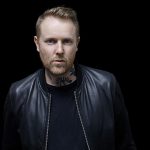 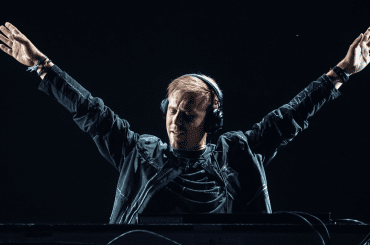 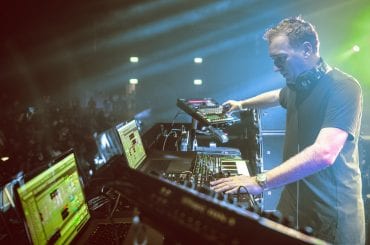 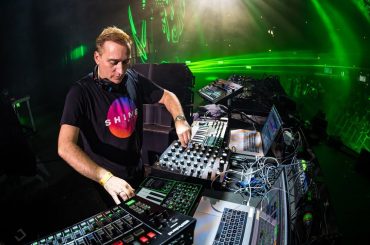 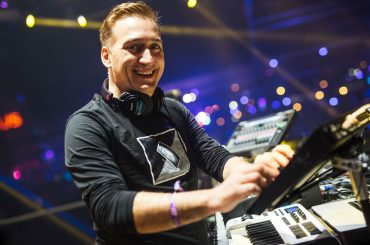