Each month, we touch base with the Traxsource team to give you a taste of the top-selling tracks filling dancefloors across the country. Here are 10 of the tracks that have been heating up the clubs for the past four weeks.

March 2016 saw the circus come to Traxsource’s home town, as the world’s top DJs and producers flew in from all corners of the globe for Miami Music Week to party… sorry, we mean, conduct business! In a month that is already pencilled into every house heads diary, March 2016 saw a serious amount of quality releases, with these 10 being the biggest sellers across the Traxsource website.

1. Push Me Around – Man Without A Clue & J Paul Getto – Clueless Music
Chunky, funky and firing on all cylinders, this delicious slice of pumping house music made it into the boxes of many of Miami’s movers and shakers this year. Throbbing bass music that is guaranteed to blow the roof off any party.

2. Howsmusic – Detroit Swindle – Heist Recordings
Detroit Swindle always come correct, with releases that are always slightly leftfield, but totally groovy. ‘Howsmusic’ is the perfect example of what they do best; funky, hypnotic underground cuts with a real touch of class.

3. Freak Like Me – DJ Deeon vs Lee Walker Remix – Defected
You’d have to have been living under a rock to have not heard this old school style monster booming out of the world’s speakers! One of the biggest releases of 2016 so far and no surprise to see Defected at the helm of yet another gem.

5. Everywhere You Go – Valentina Black, Dantiez Saunderson, Curtis Gabriel – D-Vine Sounds
A beautifully crafted piece of melodic house music, created by some of the scene’s hottest names to watch in 2016. A big track in Miami this year and we’re sure it will continue to shallow up the dance floors of Ibiza and beyond this summer.

7. Derrick, Body Movin’ (Third Stanza) – Demuir – Great Lakes
Demuir was Traxsource’s number one Jackin’House Artist of 2015 and he’s wasted no time in throwing down the gauntlet for the crown this year with this deep down and disco-fied loop fest that’s setting the floors on fire.

8. Ride Like The Wind – Christopher Cross (Joey Negro Extended Disco Mix) – Z Records
Joey Negro delivers this updated Christopher Cross remix, with the controls in his Delorean time machine set from 1979 to 2016. Smokin’ back to the future beats from Mr. Disco himself.

9. Los Pueblos – Pino Arduini, Javier Bollag (Pablo Fierro Remix) – DFTD
A seriously funky, afro-centric beats and pieces work out that has found it’s way onto the memory sticks of DJs from a plethora of different genres. Good dance music is simply just that; it shouldn’t be labelled and this track proves the true crossover potential for any forward thinking producers. 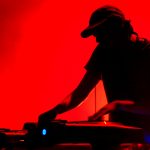 No Matter What Kind of DJ You Are, Mixing Fundamentals Remain Valuable 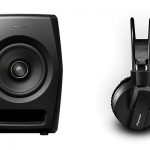