Detroit—DJs start your engines: as America’s Best DJ 2016—the poll to name the US’ finest jock—will officially launch at Detroit’s Movement Electronic on May 28-30!

As what has become a tradition for the DJ Times family, ABDJ will once again return to Detroit’s Hart Plaza for the Memorial Day Weekend kick off of the long-running promotion. We’ll hold down a dedicated voting booth on the main plaza of the festival, which is expected to draw over 100,000 attendees over three days.

The 2016 installment of the summer-long campaign marks ABDJ’s 10th year, and we’ve got some surprises in store for the very special birthday. Voting will run from this weekend through Labor Day, with ballots being accepted both online and in-person throughout the three-month event. Fans can cast their votes for their favorite jock from the DJ Times shortlist of 100 nominees.

Accompanying the tour once again is the America’s Best DJ Summer Tour Presented by DJ Times & Pioneer DJ, a 15-plus date tour consisting of stops at some of the season’s biggest festivals—including Chicago’s Spring Awakening, Denver’s Global Dance Festival, and Baltimore’s Moonrise—and clubs. Voters both at events and on the dedicated AmericasBestDJ.us will automatically be entered to win a trip for two to the official ABDJ closing party (details of which will be announced in the coming weeks). Additionally, fans who follow ABDJ on Twitter and Facebook will be given the opportunity to win a slew of prizes from Pioneer DJ, DJ Times, and ClubWorld. Make you voice heard!

As always, Movement is produced by Paxahau, who have booked the finest names of techno, house, and beyond to play across the event’s six stages. ABDJ nominees tapped to take to the Detroit festival’s decks include Carl Craig, DJ Godfather, Dubfire, Get Real (Claude VonStroke + Green Velvet), Honey Soundsystem, J.Phlip, Justin Martin, Kevin Saunderson, Kill The Noise, Matthew Dear, Mija, MK, Stacey Pullen, and The Black Madonna. Additionally, DJ Times is serving as an official media partner for non-profit organization Give A Beat, with a portion of all bar sales at the “I Give A Beat” bar at the fest going toward a new mentorship program to support formerly incarcerated as well to our local partner Girls Rock Detroit’s summer music camp.

The full list of 2016 nominees will be revealed May 27 at 2 PM EST, and online voting will commence next week. 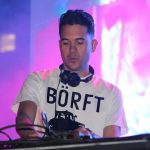 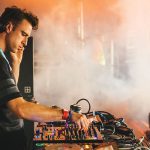