Grab a plate and your best dancing shoes, as Dirtybird has revealed the dates for the 2016 editions of its Dirtybird BBQs.

This year’s events will once again bring the San Francisco-based label’s roster together with scrumptious eats from its resident grill master Grillson. San Francisco, Seattle, and Brooklyn will hold their BBQs on August 13, 14, and 28, respectively, with the fan-vote-winning city Miami’s date to be announced at a later date. The summer tour’s specific lineups have yet to be announced, but will label mainstays Claude VonStroke, Justin Martin, and Ardalan having had busy 2016’s so far, it’s safe to say the roster will be well represented

Tickets go on-sale on June 14. Head to Dirtybird.com/BBQ for more information and watch the 2015 recap below. 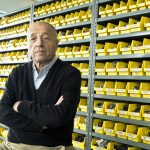 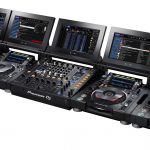