Martin Buttrich is packing up his record bags and heading to North America this summer for his Rhythm Assault tour.

Taking its name from Buttrich’s new label (launched this past October), the Rhythm Assault tour will include nine stops throughout the United States and Canada’s most renowned venues. Following the jaunt’s opening gig at Washington DC’s Flash, the Grammy-nominated DJ/producer will head to Miami’s Story, Chicago’s Spy Bar, Brooklyn’s Output, and more to take fans on a multi-genre journey through house, techno, and beyond.

Just in time for the new tour, Buttrich has taken the wraps off his new “New Game” collaboration with Guti. Released on his very own Rhythm Assault label this past week, the track is a murky house track loaded with sleek synths and a loungey haze. Stream it below.

Full tour dates are below. Head to Martin Buttrich’s Facebook for more information. 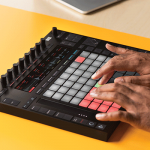 Ableton’s Push 2: A Big Step Up 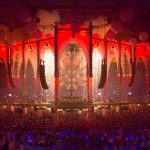