Detroit – Nearly 100,000 fans flooded into Hart Plaza this past Memorial Day for Movement, Detroit’s electronic-music festival. Now in its 11th year, Movement presented 100 DJs and electronic acts on six stages and, once again, proved why it continues to be America’s best-curated festival.

The event also served as the opening stop on the America’s Best DJ Summer Tour. Presented by DJ Times and Pioneer DJ, the tour will run thru Labor Day and include more than 15 events around the country. At DJ Times’ dedicated exhibit booth, fans voted for the favorite DJs from a list of 100 nominees, simultaneously registering to win valuable prizes.

On the afterparty tip, Soul Clap’s House of Efunk once again proved to be a perennial favorite at local haunt TV Lounge, with the Brooklyn-based pair dropping a superb house set at 5 AM. Boasting three rooms and a 12-plus hour runtime, the shindig was a welcome exploration of the funkier side of the otherwise techno-centric programming the weekend offers. Sunday night at the Dirtybird afterparty at the Masonic Temple, J.Phlip banged it hard from the outset, then Justin Martin infused the party with a mix of breaks and 4/4 beats that got the floor into a lather.

Apart from ABDJ world: Kraftwerk closed the mainstage with a visually arresting set of hits (“We Are the Robots,” “Numbers,” “Autobahn,” etc.) before Movement throngs wearing 3D-glasses; Rezz worked over an early-afternoon crowd at the Underground Stage with a set of unique electro-tinged/bass-heavy tunes; Kenny Dope brought on-point, deep-house grooves to the open air at the RBMA Stage on Saturday; and Scuba strafed the Underground stage on Saturday with a set of menacing techno.

Over on the Made in Detroit stage, Ellen Allien delivered one of the weekend’s most unpredictable sets. Eschewing a digital setup in favor of a pair of turntables and a bag of records, the German BPitch Control owner played a raucous set that, while a tad messy in parts technically, was filled with infectious energy that resonated with the crowd. Allien’s programming was on point, with her bouncing and giggling to a relentless assault of top-notch selections like 1983 Hi-NRG classic “Living On Video” by Canadian synth band Trans-X. Missed it? Check out the full set over at Be-At.tv.

Another highlight? John Digweed’s masterful main stage showing on Monday. It’s always impressive how the Bedrock co-owner can routinely take control of a festival crowd with his moody progressive soundscapes, and he took the packed sea of revelers on a journey through the deep, dark, and groovy.

On Saturday, June 11, we’ll head down to the Meatpacking District’s Cielo nightclub for an evening with our favorite married DJ duo: Sleepy & Boo. The Basic NYC pair is back behind the club’s decks for its renowned Illusion party, and we’ll be on-hand to collect votes and distribute issues of DJ Times and ClubWorld.

If you haven’t made it out to one of the America’s Best DJ summer tour dates, make sure to cast your vote online now! Head to AmericasBestDJ.us/Vote to submit your ballot of up to five DJs and earn your a chance to win big.

We’ll see you next week! 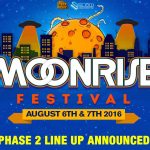 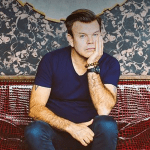 Paul Oakenfold Previews Long-Awaited ‘PopKiller’ LP with ‘U ARE’