Los Angeles – Give a Beat is a non-profit organization that serves as a catalyst for social change by bridging global electronic-dance-music culture with youth and families impacted by incarceration. For the past year, DJ Times has served as Give a Beat’s media sponsor.

Among other endeavors, Give a Beat is creating entrepreneur mentor programs for those recently released from prison who are looking to pursue DJ- and music-related vocations. And thru June 30, Give a Beat is engaged in a crowdfunding program for its On a New Track campaign: giveabeat.org/onanewtrack.

Generous DJs and dance-music fans are chipping in. This Saturday, June 25th, DJ Ben Annand of the legendary Moontribe Collective, will host his Tropical pool party at the Custom Hotel in Los Angeles. The event is using Give a Beat’s crowdfunding site to serve as a pre-sale ticket site with $10 as a minimum donation – and he will be donating all proceeds to Give a Beat. Thanks, Ben!

We recently caught up with Ben Annand to discuss the Tropical pool party, Give a Beat, and his commitment to social change. 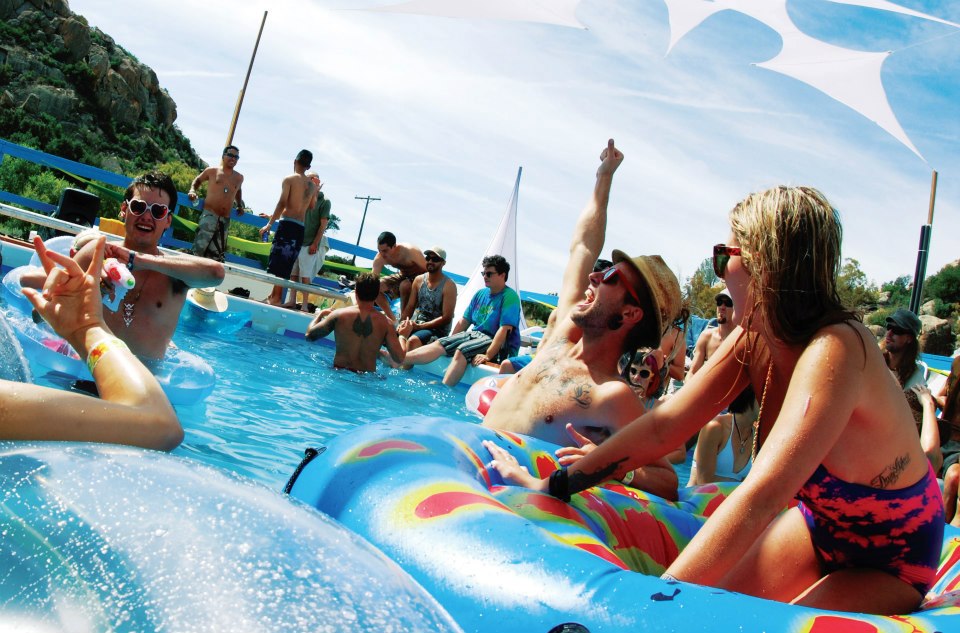 DJ Times: Why is Give a Beat important to you?
Ben Annand: I grew up in an area plagued by gang violence, but I’m fortunate to have loving teacher/musicians as parents. Not everyone is so lucky. Give a Beat is the perfect partner for Tropical because we are able to focus on making a great dance party, while they put the money we raise towards after-school music programs for underprivileged youth. Full circle, we are all connected!

DJ Times: What can attendees of the Tropical pool party expect?
Annand: First off, the party is tri-purpose: raise money for Give a Beat; celebrate my birthday; and serve as a pre-party for our “yoga restival” the following weekend (yogarestival.com). But people can expect great music, a fun crowd, smiles all around! Expect a really fun day in the sun, opening up at 1 p.m. with downtempo DJ sets from Aaron Jacobs and DJ Maggie, concurrent with yoga classes led by Laurel Brooke and Jessica Annand. Then, house music takes over from 4 to 9 p.m. with a pair of 20-year veteran DJs from Moontribe and Tropical, Brad Moontribe and me!

How does the contribution from the Tropical pool party work as a donation for Give a Beat‘s latest campaign, On a New Track?
Annand: Tropical pool party guests can donate directly to the On a New Track campaign – we are listed as a donor perk there. They will automatically be added to the guest list for the pool party and will be given expedited door entry, will just need to check-in with valid ID (21+). 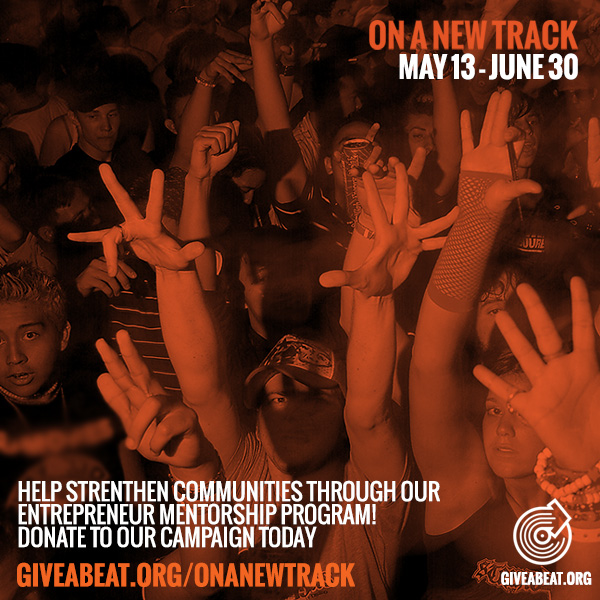 Give A Beat
0
Author Jim Tremayne 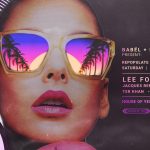 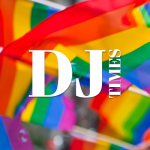