The end of June has arrived, and with it comes New York City’s Pride weekend celebrating the past, present, and future of the LGBTQA community.

As always, Brooklyn’s Output nightclub has a stacked weekend lineup for the Pride celebrations, and we’re giving away tickets to both of its offerings.

On Friday, June 24, the Eagle London’s favorite Sunday night party returns for the latest NYC installment of Horse Meat Disco. The disco foursome are armed with the deep cuts and fierce house selections that have made their residency known as the “queer party for everyone.” They’ll be joined in the main room by Spank’s Sean B., while ever-favorite Kim Ann Foxman will be dropping bombs in the Panther Room with Occupy The Disco’s Tad Haes. This one’s presales are totally sold-out, so your only chances of heading out this weekend are either getting in line early or entering to win a pair of tickets below.

The next night, NYC techno institution The Bunker returns for its third jam-packed Pride showing with Wrecked. The hard-hitting industrial sounds of the long-running brand will be served up by Matrixxman, Jeffrey Sfire, and Wrecked in the main room, while Detroit native DJ Minx will be joined by Carlos Souffront, Octo Octa, and Bryan Kasenic next door. Grab tickets here or enter to win a pair below. 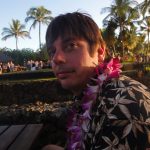 Big Donation: Moontribe DJ Teams with Give a Beat 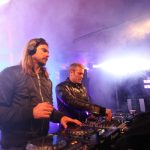