It’s with great regret that we hear of the death of keyboard legend Bernie Worrell. He was 72.

He wasn’t a DJ, of course, but his contributions to the dancefloor were enormous. Just ask any jock who ever dropped Parliament’s “Flashlight” or Talking Heads’ “Burning Down the House,” among other floor-wrecking jams he highlighted. Indeed, Worrell’s otherworldly synth lines, squiggly and playful or booming and bossy, helped define some of the funkiest music ever made.

And if you’ve never done it, now’s the time: go back and check out his synthesizer work with Parliament-Funkadelic (like “P-Funk (Wants to Get Funked Up)” and “Bop Gun”) or mid-period Talking Heads (like “Girlfriend Is Better”) and prepare to be amazed.

The video is from the 2013 NAMM show in Anaheim, Calif. Just as the show opened one morning, I was cruising past the Moog booth, situated not far from the DJ Times stand, and I saw Worrell sitting all alone, just burning it up on a Moog Sub Phatty.

I didn’t want to bother him because he seemed to be flirting with “that zone,” that place where only the most special musicians go – one with the universe, music freely flowing thru. Think of Al Green when he begins to shake in near-Pentecostal ecstasy or Van Morrison kicking up his heels, his eyes rolling back during “Caravan” in The Last Waltz film. Stand back, let the genius do his thing.

At some point, though, it occurred to me that nobody was noticing, nobody was watching. Everybody around us was NAMMing away, and I was the only one engaged. It was a semi-private performance and, really, one of those weird moments that only seems to happen at NAMM.

I was perfectly willing to let the experience stay private and remain a fleeting, valued memory, but… the thought occurred to me: I know one guy who would really appreciate this. (Isn’t that always the excuse?) So, I whipped out my iPhone and snagged a pic for my pal Phil Moffa and rolled these 20 seconds of Sub Phatty jam, as Worrell was winding everything down. Yep, I felt the Bern and it felt special.

Thanks for the music, Bernie. You were something else. 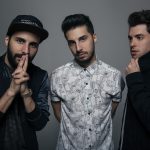 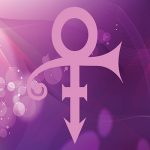