Rothbury, Mich. – More than 45,000 fans headed to the Michigan woods this past June 22-26 for the 6th annual Electric Forest festival. With seven stages presenting 175 acts—including 15 America’s Best DJ nominees—plus a schedule of seminar discussions, wellness programs and art installations, the 14-acre Sherwood Forest had something for everybody.

DJ Times sent its pair of Michigan-based sibling correspondents—Bethany Weems and Joylyn Phoenix—to the Forest and here’s how it went:

The Forest is distinct because of the event’s impeccable hospitality, in addition to the massive acreage of ranch property, the Back Forty resort, and the Gold Rush Indoor Waterpark. The 14 acres of Sherwood Forest is peppered with grand art installations, the seven stages, lights, lasers, hammocks, and nature. There’s simply no other event (or venue) like it.

In the course of our exciting weekend, we caught up with Bro Safari (aka Nicholas Weiller), who, like most artists, was obviously was thrilled to return to the Forest. “There is something else about being here,” the Austin, Texas-based DJ/producer explained. “The vibe amongst the festivalgoers is awesome. Maybe it is the region of the country we are in and all the people coming to this location, or the festival itself, or the grounds itself. But there is something different about being here that is really cool.”

Indeed, and the highlights were many. For one, Zomboy’s manic, new remix of Bro Safari’s “Follow,” connected deeply with the Forest’s legions of dubstep fans. Additionally, bass-heavy sets by NGHTMRE and Mayhem caused equal wreckage.

Adventure Club’s set climaxed with its magical remix of Flight Facilities’ “Crave You.” The crowd waved lighters in the air, while singing along, as the festival came to a close for the day. Another memorable moment to be sure.

On the tech tip, we made a point to visit the Electric Glen new-technology tent to learn about next-gen gear. Along with other aspiring DJ/producers, we especially were impressed with the Novation Circuit MIDI controller, plus other gear distributed by American Music & Sound, like the Reloop DJ range.

Eventually, we made it back to the Sherwood Forest for Porter Robinson’s inspired set and swung by the Silent Disco to catch unique sets from founder Motion Potion and breaks DJ Keith Mackenzie.

After the festival ended, we made it to the GRiZ afterparty in the Good Life area. Although GRiZ was officially scheduled to DJ as a capstone on Sunday night, he gifted the Forest with a reported nine performances throughout the weekend. By the end, he must’ve been as spent as we were.

But, once again, Electric Forest provided fans a refreshing and totally unique art-and-music experience—it’s easily one of America’s more special gatherings. Put it on your Bucket List—you won’t be disappointed. 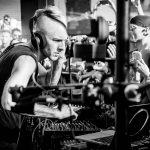 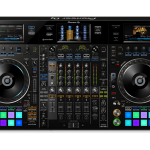