Brooklyn went global this past weekend for the third US edition of revered techno fest brand HYTE, bringing revelers two full days and nights of top-notch beats, talent, and vibes.

After taking 2015 off, this year’s fest expectedly featured an all-star lineup of the genre’s heaviest hitters, all of whom descended upon the far-out Brooklyn Hangar. Boasting three environments—a main floor, outdoor stage, and a subterranean basement—and music that spanned from 4 PM to 6 AM each night, HYTE NYC was loaded to the gills with a multitude of hi-hat delights that were sure to appease even the most discerning of club regulars.

Of its two nights, the first offered the fest’s more intriguing bookings, with Honey Dijon’s early afternoon genre-defying style, Radio Slave’s epic, twisting techno, and Apollonia’s late-night back-to-back-to-back sets proving to be unexpected highlights of the night. That being said, Kenny Dope’s blistering, high-octane assault on the fest and Ben Klock’s masterful mixing—his B2B with Marcel Dettman was canceled due to Visa issues—were no slouches either.

HYTE’s second day boasted a wealth of names that frequent the New York club scene, with Pan-Pot, Danny Tenaglia, Dubfire, and Chris Liebing all delivering sets that were expectedly impressive for anyone well-versed in the city’s nightlife. However, those who couldn’t make it out should be sure not to miss Dubfire and Chris Liebing’s festival-closing B2B set, which you can watch via Be-At.tv below. 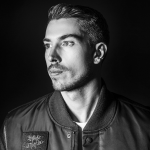 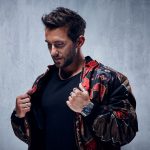