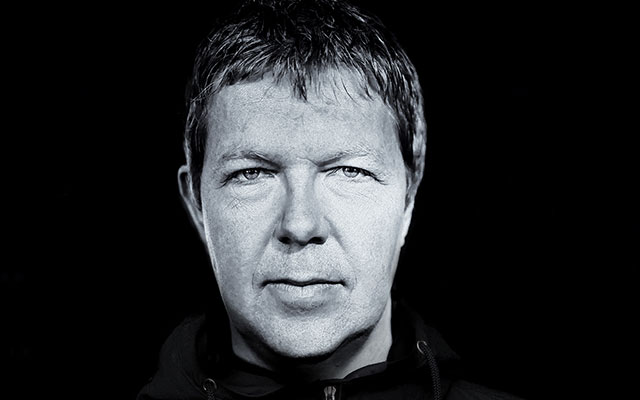 Digweed: It’s all to do with the passion I have for music and the people involved. From the label managers to designers, we have all been working on the label for a long time, so we feel very closely attached to it. We are always moving with the times, yet staying true to ourselves. We have true fans that support the label with each release, as well as the merchandise. When I travel the world now, it’s great to turn up and see half the crowd wearing one of my shirts. It almost becomes a badge of honor and travelling fans have an instant connection if they see someone wearing one of the shirts—conversations are started and friendships are born on the dancefloor. If you have that unity on the dancefloor, it really does make the party pop so much more.

DJ Times: The quality of the label has never dipped. What’s the A&R process like?

Digweed: The same as it has been from day one: DJs and producers handing me or emailing me links of their tracks for inclusion on the label. We only do about 12 to 14 single releases each year now, so the tracks have to be really special. I get so many tracks sent to me on a daily basis, so you really have to test the good ones out in a club a few times before making the decision. It’s about finding those tracks that have that extra element of detail that makes them stand out from the crowd.

DJ Times: Where does Bedrock go from here? How has the change in music formats affected it?

Digweed: I am happy with the way the label is going at the moment. The Live in… albums have done incredibly well in a market of free streams and downloads—it shows if you put something out that is quality and well-designed, people will want to own it as a physical product. Of course, the shelf life of CDs is getting shorter, as most products are designed now without a CD player in them. They’re trying to force you away from that format. If I’m being really honest, streaming brings in such poor revenue. It’s a shame that labels opted for the “It’s-Better-Than-Nothing” approach, rather than, “This product has a value and is worth something more than just a few cents after all the hard work that’s gone into it.”

DJ Times: How do you view something like Native Instruments’ Stems? Are technology advancements like this going to radically change DJing?

Digweed: [DJing] technology has come forward so much in the last 10 years. It’s mind-blowing. All of these new developments—if used properly and creatively—can really enhance a DJ’s set, but overuse can sometimes take away from the beauty of the original track. Years ago, if two records did not sound right when mixed together, the end result would sound awful. With the technology now, you can bang a square peg in a round hole with enough looping, filters and effects. Is this a good thing? It might get you out of a fix on the odd occasion, but the beauty of going to see a DJ is that he should know his music inside out and will choose tracks that work well together.

DJ Times: What sort of DJ gear setup do you prefer?

Digweed: I love the Allen & Heath’s Xone:DB4 mixer, plus the new Pioneer CDJ-2000s. It’s a set-up that I feel really comfortable with that still allows me to beatmatch and have the effects from the DB4 to do some slight FX. I try and play records that can stand up by themselves without having to add loads of stuff on top of them—they are great tracks, and I want people to hear them in full if they are that good.

DJ Times: Since mix compilations like Northern Exposure, the methods of release for mixes have expanded with SoundCloud, podcasts, etc. How do mix-compilation releases like Live In… remain significant events?

Digweed: It’s so strange to me how the Live in… series has become so successful, as it was never my intention to have a series like this. We just did a one-off as a showcase for the gig in Argentina, and the reaction was crazy. I am very lucky that I have such a loyal fanbase that supports the label and the artists. It’s the fans that really decide where the next release is from, as nothing is ever planned. It’s all based on the party and how well the gig went, so the better the crowd, the better I play.

DJ Times: Do you record all your sets?

Digweed: Yes, so there is never pressure that this gig is going to be the next release. It’s all about the party and the final mix. We hadn’t even planned to release Live in Montreal, as we had just released a Re:Structured CD in December and had no plans for another release until the summer. After going back and listening to the Montreal set, I knew we had to go for it—even though it was a February release. Something just felt right about it.

DJ Times: People connected to it.

Digweed: We sold out before the actual release date and had to re-press. Then people were asking about the last three hours from the party, so we went ahead and cleared the final part of the set. Even that sold out before the release date. It’s crazy how we had no plans for any albums before the summer, and we have already done two before the end of May. It’s also nice that it’s the fans that are asking for releases like this.

DJ Times: You’ve seen a lot of trends and patterns over the years when it comes to the dance music. Does the techno scene feel larger than it has in the past?

Digweed: The techno scene has always been big and had a strong following. It’s just now there is a lot more focus on it and main stages are being filled by techno guys, which is great. The quality of the techno tracks is fantastic as well at the moment, which is also attracting more people to it, as the dancefloor seems way more interesting musically.

DJ Times: With so many methods of music consumption available now, what’s the duty or job that a DJ has? Exposing unheard sounds? Creating a vibe? 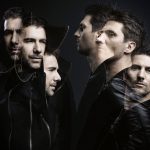