Bass pioneer Machinedrum is readying the release of his latest LP Human Energy on Ninja Tune September 30, and the US artist has premiered its latest single “Do It 4 U.”

Inspired by his relocation to California and romantic relationship, the new LP shows off Machinedrum’s warmer sound. Packing together sounds of ambient, trance, and post-bass music, the album aims to “[draw] on esoteric and new age concepts” with a fun edge. The 15-track album features appearances from MeLo-X and Kevin Hussein on the previously released “Angel Speak” and “Dos Puertas,” respectively, with Jesse Boykins III, Rochelle Jordan, and Ruckazoid also comfirmed to appear.

The Local Action Records head honcho has also taken the wraps off “Do It 4 U,” a new single featuring D∆WN, to coincide with the announcement. The fiery track serves as a fitting follow-up to Machinedrum’s last collaboration with the former Danity Kane member “Not Above That,” serving up luxurious synth soundscapes and machine gun drum rolls to match rapidly shifting and morphing vocals.

Peep the full tracklist and listen to “Do It 4 U” below. 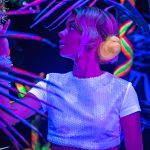 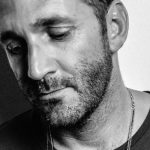