DC-10’s world-renowned Circoloco party is breaking from its Ibiza home this October for bi-coastal showings in Los Angeles and New York City on Halloween weekend.

The fun begins in Los Angeles on October 28, when the iconic party will descend upon Union with a team-up between Sound Nightclub and Rhonda INTL. Brand favorites and friends will all come along for the ride, with The Martinez Brothers, Damian Lazarus, Davide Squillace, and Black Coffee all amongst the confirmed lineup.

The next night, Brooklyn gets its turn to go crazy with a Circoloco offering in a TBA warehouse. The Martinez Brothers, Black Coffee, and Davide Squillace will head cross-country for the action, where they will be joined by Cassy, Tania Vulcano, Konstantin, and Dewalta.

Lineups are below. Grab tickets to the LA date here and the Brooklyn show here. 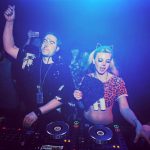 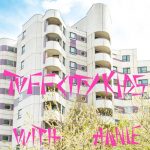