As he’ll freely admit, Mark Farina has been living and working in two musical worlds for the past quarter-century.

The Chicago-born/San Francisco-based DJ/producer got hip to the burgeoning Windy City house scene in the mid-’80s and has toured the world mostly playing house-oriented sets at clubs, raves and festivals. But his most notable releases have been part of his Mushroom Jazz series of mix compilations. With its mélange of Acid Jazz, smoky hip-hop, deep downtempo grooves, the series now celebrates its 25th anniversary with Mushroom Jazz 8. With funky, dubby and elegant flavors from DJ Spinna, Freddie Joachim, Emapea and the Slipmat Brothers, MJ8 can work a dancefloor as well as your headphones. We recently caught up with the legendary Mark Farina.

DJ Times: What was your original vision for the Mushroom Jazz series? How did it evolve?

Farina: We’re going way back. The cassette series that was the first installment—Chicago, 1991. My vision was a fusion of East Coast, early-’90s hip hop and late-’80s hip hop—a lot of that being instrumental at that time—mixed with U.K. Acid Jazz sounds. Everything else was house in the early ’90s. I wanted to make a tape that wasn’t house. All of the records being sold in the record stores in Chicago were house music and I really wanted to change that up.

DJ Times: What initially inspired you to DJ?

Farina: I started DJing in around 1986-’87. I first got into DJing when I was in high school. We started going to clubs when I was a sophomore, 1985. Once I sort of learned what DJing was and how it came about, I got into it right away. Once I saw a Technics 1200, I was like, “Woah! What is that!” Until we saw turntables, we didn’t really know where the records were coming from and how they came together. That instantly hooked us.

DJ Times: What inspired you to produce?

Farina: I was in a bunch of cover bands in high school. We were a new-wave cover band, covering things like U2, Ministry, Real Life, R.E.M. Eventually, we got into drum machines. The concept of not having a drummer in a band was our thing—it was how we stood out! After high school, I started learning about MIDI. That, along with meeting Derrick Carter around 1989… he really showed me the ropes on how to make old-school Chicago/Detroit house.

DJ Times: I remember seeing you play a Sunset Cruise in San Francisco in 1997 and it was a blast. But I also remember how different your set was at that party, compared to the Mushroom Jazz material.

Farina: Yeah, that period in San Francisco, I would say that was a really crazy period there. All kinds of parties, Full Moons, early start of the rave scene. It was a great scene! My style at the time definitely straddled two sides of music. The Mushroom Jazz side definitely gave me some different material to work with. House, on the other hand, was always my early calling. It’s how I got my legs, in Chicago and San Francisco.

DJ Times: That West Coast house scene was so different from what was going on here in New York at the time. How did you make your way out there?

Farina: One of the first gigs Derrick and I got in San Francisco was for the Hardkiss guys in 1991. After that, we got booked for a lot of gigs there. There was a lot of different kinds of house going on in San Francisco around that time, and we definitely had our own take on the mixing style, combining the jacky/disco styles of Chicago house with the more rock/funk elements of West Coast house. Most parties I did were definitely more house-style, with Mushroom Jazz intermixed here and there, especially for early in the afternoon or a B room, where Mushroom Jazz would be more appropriate rather than straight house.

DJ Times: Over time, what changes in the DJ world have impacted you most directly?

Farina: The technology has definitely affected some stuff. In the beginning everything was on vinyl, which obviously limited what we could do. Nowadays, on the CDJ-2000s, I can do so much more when it comes to mixing—looping, cues, extending, etc. It gives me a bit more creativity than vinyl could. I still get tracks the same way, but I just have so many more options with those tracks for these current mixtapes.

Farina: My basic set up is the two Pioneer CDJ-2000NXS2’s and the Pioneer NXS1 player. Also, I like the Pioneer DJM-900 mixer. I also like to add two turntables to that. Ideally, the best set-up is both. I always like to have vinyl accessible, as some stuff just sounds better on vinyl and that’s never changing. At a club, CDJs are just always going to be more reliable. In a club, that was always a pet peeve – skipping and glitches that come with vinyl. A club is a crazy place! It’s not the best environment for something as sensitive as vinyl sometimes. In general, I like the fusion of the two.

DJ Times: In the studio, what are the most vital elements you used to put together the latest version of Mushroom Jazz?

Farina: For the latest installment, I used Ableton to edit every track involved, along with my mixing engineer Jameiro Espinoza. We did re-edits for every track – extend intros, make them more cohesive for the mixing I wanted to do. Mainly, though, I just used CDJs to mix it all together. The freedom that Ableton allows for in terms of letting me arrange things exactly how I want to is really special, though. Still, the most important thing is the CDJ-2000. Having the freedom with it to do everything I need to do is invaluable. I love those units and I will use them until something directly better comes out.

DJ Times: How do you view the U.S. underground dance-music scene now?

Farina: I believe the underground scene right now is doing great—really vibrant. Having the EDM culture has brought electronica back to a lot of all these kids. There was a period in the late-’90s/early 2000s when raves started to die due to the Rave Act and all of the gigs transferred to 21-plus. I think this really removed electronic music out of those late teen years that are crucial in developing music preference and taste. “EDM,” even if I don’t necessarily agree with the style generally, changed that – it gave young people a place to go and listen to electronic music in their teen years. Obviously, the internet helped, but nothing really replaces going and seeing a musician or DJ firsthand. It’s good to see that kids can now go to these electronic shows again – that definitely disappeared for a while.

DJ Times: Which DJs impress you?

Farina: I still really like the old heads – Derrick Carter, Spinna, Kenny Dope, Louie Vega. The way older DJs know how to handle the tempo of a night and a set is somewhat of a lost art. Newer stuff? I really like Detroit Swindle and how they incorporate live stuff. In general, I’m really old-school in this respect – I very much enjoy the people who have been doing this for 20 years.

DJ Times: Any advice for a DJ starting out now?

Farina: For young DJs, things are just so different. Make lots of mixes – practice, practice, practice. I practiced so much in high school, until I would just pass out from tiredness. Do your homework – know the tracks, the music. Avoid the sync button! You need to learn how to mix on your own. Know your tempos and how to feel the room. It’s such a lost art.

DJ Times: How has the perception of the DJ changed over the years?

Farina: The perception of the DJ has changed a lot, definitely. I think skill will always transcend time, though, if you’re good now or back then, you’ll get noticed. Now, with the music so accelerated and ubiquitous, you can definitely get a lot of people writing you off – “So what, you’re a DJ? Next!” The lines are blurred these days about what a DJ is actually doing, too. There’s so many different methods now – from Ableton Live to Serato to Traktor to vinyl. I think it still has great face value as a job, but I think now more than ever, DJs can really come and go. Here today, gone tomorrow. 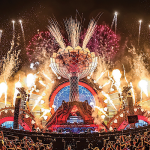 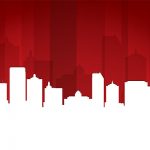