Amsterdam, Holland – If it’s mid-October, then Holland once again has become the epicenter of the DJ and dance-music world.

As always, Amsterdam Dance Event—held this past Oct. 19-23—provided a deep slate of industry-related seminars/keynotes, DJ-driven parties and endless networking opportunities. Of course, DJ Times was there to take all in the activities. First, we offer highlights from the seminars we caught at Amsterdam’s Felix Meritis Centre:

During his Wednesday keynote, Gilles Peterson, the wildly diverse U.K. DJ, explained how to succeed playing music that doesn’t always conform to the mainstream.

“There’s never been a better time [for a DJ] to play avant-garde sets—I mean, Four Tet plays Jackie McLean records!” he enthused. “You can play adventurous music, provided you have something different or better to say. I like to stray from genres because I really believe audiences want to be taken on a journey, but I wouldn’t say you should be eclectic just for the sake of it.”

Nonetheless, he offered further advice that all DJs should remember. “Don’t forget the dancefloor,” he warned. “Sure, find ways to slip in your jazz elements, say, if that’s what you want to do. Look for a place to ease it in, while always reading the floor. Most importantly, though, you cannot forget why people come out – to get laid, get high… and have a dance.”

Later that day, on “China: A New Electronic Nation,”

Robin Leembruggen, a Dutch DJ/producer who runs the Mad Panda booking/management agency in Shanghai, explained the challenges and the great potential upsides of doing dance-music business in the world’s largest country.

“Right now, there are an estimated 80,000 to 100,000 DJs in China,” he said. “Of course, the internet is not open in China, so it makes it more difficult to promote, but the technology has made it easier to DJ and to create music. The scene and the music continue to grow very quickly.”

Paul Neuteboom of China’s Modern Sky Entertainment, referring specifically to the STORM and Midi electronic festivals, chimed in, “Yes, China is four-times the size of the U.S. market, so China’s emerging festival scene is drawing more attention from all kinds of brands looking at this space,” he said. “These days, you are seeing more and more companies getting into EDM, even though they don’t even know how to spell it, much less understand the music. So, we fully expect 2017 to be another big year for dance music in China.”

On Thursday’s “What Do Artists Do All Day?” panel, moderator Dave Clarke had producers explain their creative processes. Thai DJ/producer Celeste Siam, for example, said she puts her phone in Flight Mode while in the studio, so that she can concentrate fully. New Jersey’s Cevin Fisher said he hits the gym before he begins creating, but stays away from the studio the day after he returns from traveling to clear his head. And Britain’s Eats Everything said he lives in fear of irrelevancy, so he’s loathe to take too much time off DJing or producing – although he’d prefer to just DJ these days.

Clarke, engaging Dutch DJ/producer Benny Rodrigues, pounced on that idea of obsolescence and artists’ desperate attempts to avoid it. “We all have a fear that if we aren’t out there—DJing and producing music—people will forget us… Still, we are at the forefront of a new artistic life – unlike many other types of artists, we do everything.”

Rodrigues responded, “It’s a choice—you are the master of your destination. It can be lonely at times—the studio time and the travel—but it’s the ultimate way of life for an artist.”

On Friday’s “The Future of North American Music (Business),” New York-based DJ/producer Tommie Sunshine moderated a panel of industry vets, journalists and new-media types that discussed how the U.S. dance-music industry has begun to settle after years of flux.

“Right now, we’re seeing the next wave of technology in dance music,” asserted MetaPop’s Matt Adell, referring to the prominence of streaming sites like Spotify. “Recorded music grew 8-percent last year, so the era of the Wild West is over.”

Mike Darlington of the Monstercat label responded, “Everything is data-driven, so people are making better decisions now.”

As to dance music’s continuing popularity, Billboard Dance editor Matt Medved painted an optimistic picture. “More than half of the current pop Top 10 is EDM-related,” he said. “With acts like DJ Snake, Major Lazer and The Chainsmokers, dance music is having another big crossover moment right now. And as dance music is such a technology-driven genre—anyone can create or hear the music—I don’t see that changing. That’s our culture now.”

Stay tuned here this week for DJ Times’ coverage of the festival programming of ADE and head to our Facebook page for interviews with some of the week’s biggest performers. 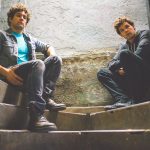 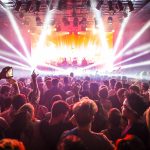