Tech-house and techno often thrive in the literal and figurative underground, but they broke out of their subterranean lairs this past weekend for some fun in the sun at San Diego’s CRSSD Festival.

Touching down once again at the seaside Waterfront Park for its fourth semiannual installment, CRSSD Fest perfectly fulfilled its stylish vibes-oriented aesthetic thanks to its killer artist programming and beautiful locale.

Over the span of October 1-2, seas of fashionable cool kids descended upon the park from San Diego, Los Angeles, and beyond, giving DJs the opportunity to play to a 21-plus festival crowd that seems slightly more tuned in than the average raver.

The star of the weekend? All Day I Dream founder Lee Burridge. The avid cloud lover and Burning Man favorite delivered two stellar performances over the weekend: a packed club festival pre-party on Friday at Sushi Palace-cum-nightclub Bang Bang and an ambiance-filled sunset showing at the festival proper on Sunday. It speaks to the Brit’s sheer veracity behind the decks: Burridge can drop uplifting tunes whether he’s grooving in the day’s last rays of light or if he’s knee deep in a sweaty room with just 90 minutes to make magic happen.

Other highlights? A Saturday afternoon tech-house excursion from San Diego’s own Lee K, who somehow managed to make nocturnal soundscapes sound right at home with the sun’s blistering rays and the oceans crashing waves.

AC Slater’s mid-afternoon set on Sunday proved why the Night Bass founder is so revered on the West Coast and beyond, dropping scorching bassline house heaters that ripped into the slam-packed The Palms stage. Best track? A mid-set appearance of “Booty Percolatin’” by Dirtybird’s bearded wonder boy Will Clarke and DJ Funk.

1) An actual text I sent about being blown away (as always) heady pair M.A.N.D.Y. on Sunday:

Feeling it and feeling lit, apparently.

2) Huxley—who we caught up with in the days leading up to the fest—is an absolute house master. His closing track (Pig & Dan’s “The Saint (Job San)”) was an impeccable mix of uplifting melodies, Balearic airs, and glorious diva vocals. Don’t ever sleep on him.

3) It’s always impressive how Maya Jane Coles has made such moody and dark soundscapes so positively irresistible for dancefloors, and her nighttime set this weekend was the perfect example of it. A masterclass in nocturnal beats.

Until next time, San Diego! 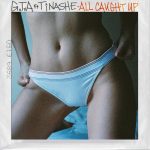 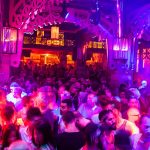