Sleep is a myth ?

This is a tweet from Kye Gibbon. Posted from his Foamo account, which represents Gibbon’s musical venture before he joined up with Gorgon City partner Matt Robson-Scott (who himself recorded as RackNRuin), this short, digital blip does offer some insight to the group and its exhausting schedule.

Examples? Just this past spring the Gorgon City guys completed a tour of North America with Rudimental. In the course of four days, they had a gig in Los Angeles, another in Las Vegas, and another in San Diego. On the fourth day, they returned to L.A. in the early hours to perform live and get interviewed on the city’s KCRW radio station’s Morning Becomes Eclectic program. They also did a taping for YouTube, put together a podcast, and were interviewed for this DJ Times cover story. Later that evening, they DJed at Monday Social at Sound Nightclub until 3 a.m.

Throughout 2016, Gorgon City had been releasing a song every three weeks from its upcoming album, Kingdom Vol. 1, the follow-up to their 2014 debut, Sirens—the universally appealing album with endless singles (“Real,” “Ready for Your Love,” “Here for You,” etc.) that kept going and going and going. Released this past August, Kingdom Vol. 1 hit a tight balance of crossover singles such as “All Four Walls” featuring Vaults, “Impaired Vision” featuring Tink and Mikky Ekko, “Zoom Zoom” featuring Wyclef Jean, as well as the soulful “Love Me” featuring Lulu James, one of their touring singers. It also has its share of club bangers such as the chugging “Blue Parrot” and the moody “Smoke.” (The initial single from Part 2 of the Kingdom project is “Smile” featuring Elderbrook, which offers a smoky, brooding melody before a modified drop brings it home.)

In between Kingdom Vol. 1 releases, the duo released the Money EP on Damian Lazarus’ critically acclaimed Crosstown Rebels label. At the start of the season, they began their every-other-week Tuesday residency at Amnesia in Ibiza, with the line-ups curated entirely by themselves. And on the first Monday of every month, they have their show on Rinse FM where they showcase and speak about new music they’ve found, sometimes right up until they hit the “on-air” button.

Things are going very well for Gorgon City, to say the least, a formidable beast that, believe it or not, started as a side project for Foamo and RackNRuin. Here’s how our conversation went:

DJ Times: How did your previous musical ventures impact the development of Gorgon City?
Robson-Scott: At the beginning, it was really useful because we were doing a lot of shows in the U.K. and Europe individually and had a lot of tunes and remixes out over those few years. We were known by fans and some of the media so when we started working together, it helped because people gave us more of a chance, “Let’s see what it sounds like when they make music together.”

DJ Times: When did you start DJing?
Gibbon: I started when I was 13 with $100 belt-drive Numark turntables and a tiny mixer. The platter was plastic. I learned on vinyl for years and when I converted first to CD then USB, I never had decks. I just used to practice in clubs. We bought a turntable set-up recently, for the studio.
Robson-Scott: I started DJing when I was 14. When I went to university in Bristol I had a couple of years of playing strange gigs in Spain, having to fly there while studying for my exams. I’d come back with no sleep and go straight to an exam. I was also DJing at student nights to be able to buy clothes and food that’s nice and not live like a total student eating baked beans.

DJ Times: You play a very diverse cross-section of gigs, from underground clubs to big festival stages, some of which are not strictly dance-music festivals. How do your sets differ in various settings?
Gibbon: If we’re playing a smaller club with a great sound system, we’ll play a little deeper and techier. You really feel like you can play whatever you want. At a festival, or on a sound system that isn’t that great, you play more crowd-pleasers or vocal tracks.
Robson-Scott: No matter how much you prepare for a gig, you never know what the crowd’s going to be like until you get there. It’s a mixture of knowing the kind of thing we’ve played in a situation before and having new material to test out in those circumstances. We’re both separately always looking for new stuff. That’s one of the things we enjoy most about playing together is surprising each other with new tunes whether they’re by other people, or by us, like tracks we’ve made on the plane the week before, on our own. It’s a nice way of getting each other hyped. It makes every set exciting when you don’t know what the other one is playing and you don’t know what’s going to happen. It’s one of the best things about playing together, testing it out with one of your mates and bouncing off each other’s mixing.

DJ Times: How do you organize the music on your USBs?
Robson-Scott: We’ll make playlists, especially for certain gigs, of tracks you’ve found that week. But generally, it’s referencing sets we’ve done before. For example, when we have a show that was really good in a certain situation, we can reference that playlist and take a few tracks out of it, play those, then mix them with fresh ones we haven’t tried before. That’s definitely the way we do it if we’re doing a show that’s a bit more commercial or the crowd’s a lot younger. We did the Mad Decent Block Party in India with a banging crowd where we played more bass-heavy stuff. When we were in Ayia Napa, we went for the India playlist and we were both playing tracks from it knowing they were going to work. That’s a useful way of doing it. I’ve still got sets on my stick from Warehouse Project from last year which I know are going to be really dark and rave-y and I’ll go for them when that’s what’s needed.
Gibbon: We try and get in what we love: house, tech-house, techno. But we like to mix it up with our own production. Even in our live show, we’re starting to get more and more of our own tracks in there. When we first started out with the live show it was just straight up playing the album tracks. Now it’s more like a DJ set with mixers in the set-up and we’ll play our more club-oriented tracks. We’re trying to get the live show a little bit more like a DJ set, to show off what we do.

DJ Times: When did you start producing?
Gibbon: About the same time as DJing. I used to produce music on the PlayStation PS 1. Then it was [Propellerhead’s] Reason—when you couldn’t use audio, everything had to be MIDI. I solely used Reason until about 2006 when I switched to Ableton. I still use Reason for some of the synths, but making music is making music no matter how you do it. I remember producing music on my parents’ computer in the living room on headphones while they were watching TV.
Robson-Scott: I used my mum’s Dell piece-of-shit laptop from when I was 15. I got Fruity Loops, which was pretty easy to get your head around. But then I got Logic and I had to really understand and learn how to use it, plus the older versions were not intuitive. It’s like a blank canvas. How does it make noise? I’m putting audio clips in it and it’s still not playing. My mates Alfie Granger-Howell and Nick Harriman, who are Dusky now, we’re childhood friends. Alfie was experienced with Logic since he was five-years old and I would go to his house, watch his hands working and remember what he did. I managed to get Logic on that Dell laptop, but it kept crashing and crashing and crashing. I deleted everything and went back to Fruity Loops until I got my school loan and bought a Mac Tower G5. That changed everything. I started using Logic properly, making music properly, and releasing records.

DJ Times: What is your studio set-up now?
Gibbon: The studio is in North London, Finsbury Park. We share it with Kidnap Kid. It’s the same room. He gets up ridiculously early and is finished by midday—that’s when we turn up. The studio has more and more outboard gear. We like the sound you get from analog synths, and it’s more fun playing around with them. It makes writing music easier. Sometimes it’s not even the sound you do it for, it’s having something that you can physically play with rather than just pointing the mouse about. It’s more creative. Because we’re playing live so much, it’s more natural to be playing rather than drawing it in. A lot of times we start things on then laptop and replay when we get in the studio, make it seem a bit more human.

DJ Times: What are some of the outboard synths you find yourself returning to more often?
Gibbon: Definitely the Prophet. Love Dave Smith’s synths. We’ve got Mopho as well. That’s cool for some of the weirder sound. “Money” was written because we’d just bought the Mopho and we were playing around with it, experimenting with all the sounds, randomly making as many stupid noises as we could. It’s more difficult to experiment and play around when it’s purely in the computer. It’s nice to have that physical interaction rather than it just being inside a machine.

DJ Times: Are there soft synths you particularly like?
Gibbon: The Polysix, which is based on the real Korg PolySix—but we never got around to buying the real one. That synth-pad sound, it’s on every song and track on our first album. There are some cool synths from Arturia, remakes of real synths. There’s a synth on Reason called Thor—I love the sound of that. You can’t get that anywhere else, so I sometimes use Reason just for that one synth. And some Native Instruments stuff because they’re so solid-sounding. 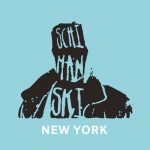 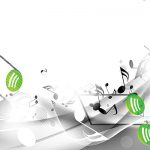 How Spotify Can Save the Day for DJs & Clients