Techno and tech-house will reign on the Caribbean island of Saint Martin in March, as SXM Festival has announced the first wave of names for its sophomore installment.

The 2017 installment of the burgeoning fest is set to take place March 15-19 across various venues on the idyllic island, offering familiar names and fresh thrills for returning vets and new faces.

Peep the announced lineup below and grab tickets at SXMFestival.com. Read our coverage of SXM Festival here. 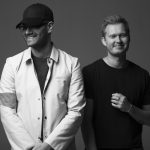 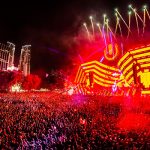