Stroudsburg, Pa. — The last time we spoke to John Donovan, nearly five years ago, he was navigating his way through the mobile entertainment world as a percussionist—as a complement to the DJ entertainment.

When we asked him how the business has been going since then, he told us the DJ Expo was a big help in altering the perception of percussionists.

“After being involved with the DJ Expo from 2011 to 2013,” says Donovan, “the concept of having a live percussionist at private events went from mostly being a secret among the upper-tier private event market in Long Island to being a well-known entertainment option nationally in the U.S.A., as well as globally on several continents.”

While that might sound somewhat robotic, the truth is that more traditional, analog sounds have made inroads into EDM.

“There has been a drastic increase in the amount of live musicians at EDM concerts and festivals,” he says. “This positive change has delivered additional entertainment value for private-event guests, as well as ticket buyers for EDM concerts.”

And Donovan sees that trend continuing. “Within the next five years, I predict that we’ll continue to see an increased number of opportunities to perform for large crowds, augmenting my schedule with private events. I also predict at some point I will tour the world with a major headlining EDM DJ. I didn’t come this far, and face this much adversity, to not go all the way.”

In February, 2016, Donovan got a taste of that “headlining” action when he began touring with the Hyperglow EDM Tour. Overnight, he says, his guest count at events went from hundreds to thousands, performing alongside such top DJs as Steve Aoki, Bl3nd, 12th Planet, Loudpvck, Riggi and Piros, Botnek, Fight Clvb, and Andres Fresko.

The differences between playing an EDM gig and working a wedding? Staggering, according to Donovan.

“While I have learned a lot from my years in the private-event industry, there is a huge difference between the private-event industry and the concert-festival class level,” says Donovan. “With private events, no matter how great some events are, it’s a little depressing because I know that show will never be repeated with the same crew. With the last five Hyperglow concerts, I’ve had the opportunity to work with virtually the same crew of savants and it is inspiring.”

Such is the life of a troubadour percussionist. Indeed, for Donovan the last five years haven’t been easy. He says in that time he’s steered away from companies and individuals that treat him like “a piece of meat.”

“The biggest two challenges I have had to face are ‘bait and switching,’ and also down-selling from malicious business operators,” he says. “And I’m not sure if these challenges can be overcome. Even if I had serious philanthropic funding behind me, it’s better to focus ahead as opposed to fighting the past. Even after all the adversity I have faced, I’m proud to have changed elements of the both the DJ industry, as well as the percussion industry.”

A far cry from the saying that proliferated where he grew up in The Poconos: “DJs were the devil and private events are hokey.” Or is it?

“That opinion couldn’t be further from the truth,” he says. “The DJ industry has done a tremendous amount of sales work to build the value of the entertainment experience since the late 1970s. In recent years, there have been amazing strides in the musical complexity of EDM, and I love augmenting EDM with my talent. Corps-level percussion and EDM are the perfect combination for one hell of a show. With the DJ world and live music world starting to come together like it has, the possibilities are endless.”

You don’t believe Donovan is committed to his craft as a percussionist? We asked him for some percussion trade secrets. “While performing cheese verts,” he begins, referring to a hybrid technique (aka inverted cheese flam taps), “it’s vital to keep the speed of the inverted flam taps consistent, and to remain relaxed and not restrict the rebound.”

Um, see what we mean? 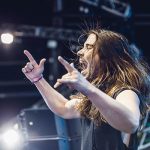 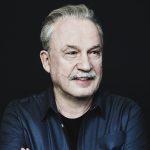 Giorgio Moroder Returns with Infectious ‘Good For Me’