At the moment, Alfie Granger-Howell and Nick Harriman are spending most of their studio time in a somewhat distracted manner. Instead of producing new Dusky music, they’re tweaking aspects of their live show. They’ve performed it a few times in Europe already, but there are still some challenges.

For one, Harriman is trying to work out a way to sit down during the group’s performances—he cites a sitting Jeff Mills playing the 909 as both an inspiration and an aspiration. Though Dusky hasn’t quite achieved Mills’ status to confidently pull off the sit-down, the prolific duo does have a new long-player, Outer, around which the show revolves.

Strongly informed by ’90s-era dance-music grooves, Outer begins with the rave-y sounds of “All We Ever Needed” and it delivers a cross-section of vocal styles, including the ragga chants (courtesy of Wiley) on “Sort It Out Sharon.” It offers the deceptively simple bleeps of the Solomon Grey-fronted “Long Wait,” the moodiness of “Swansea” (featuring Gary Numan), the spacy rhythms of “Trough” and the pure techno of “Songs of Phase.” Outer is like a guidebook to beginner styles of dance music, updated for today.

“We have to work backwards, deconstructing the tracks to figure out how to best reconstruct them onstage,” Granger-Howell explains from the group’s North London studio. “We’re splitting everything into different elements in Ableton. We use a couple of MIDI controllers and Novation Launchpad as the equivalent of a digital mixer with 12 channels of sound we have individual control over. We control internal effects on different stems in Ableton and external effects using Strymon pedals.”

Both Granger-Howell and Harriman have traditional music training, the former with a degree in piano composition from the Royal Academy, the latter in drums and saxophone—which he is quick to point out he played “really, really badly, so I wouldn’t say I’m musically trained at all.”

Many elements of the show are performed live by Granger-Howell, who has a full-sized keyboard and an Akai MPD, from which he generates percussive hits. Harriman has a Roland TR-8 for replacement drums and a Roland TB-3 for basslines, as well as another Akai MPD. All these, as well as pads, strings and triggered samples are fed into the Roland MX-1, which the fellows prefer, as it functions like a DJ mixer with effects.

Still, DJing figures largely into the Dusky equation. Not unlike Outer, the duo’s DJ sets are a mixture of house and techno, with a generous sprinkling of their own productions, staying within the 118- to 130-BPM range.

“Dusky gives us freedom,” says Harriman, referring back to the duo’s previous moniker/incarnation, Solarity. “When we were Solarity, we weren’t getting enough gigs to work on music full-time, which takes away from your freedom. As Dusky, which we became for [2011’s] Stick by This, which we wrote while we were still Solarity, we were actually getting gigs and getting paid so we could spend time doing music.”

Then and now, Dusky stay very much in the box: A combination of Logic X and 9 combined with virtual instruments and plug-ins like Reaktor, Rob Papen, Trillian, Omnisphere, and Waves for dynamic processing. Macintosh with DynAudio speakers, Prism interface, and Coleman Monitor Controller, and a Neumann TLM 103 microphone are their only tangible bits. “The TLM is a good all-rounder,” says Granger-Howell referring to the variety of vocals on Outer, some of which were recorded by Dusky in their studio. “Tracks like ‘Spruce’ with Pedestrian were sung very, very softly close to the mic whereas ‘Long Wait,’ Solomon Grey was belting it, further away from the mike. Those were EQed very differently with a big difference in the reverbs. The reverb delays were based on the vibe of the track rather than just the vocal.

“We like the sampling approach,” he continues. “Some are proper songs with real structure and others are just vocal hooks. ‘Tiers’ with Ed Macfarlane from Friendly Fires, we thought it would suit the track to be more of a short repeating hook, rather than a full verse. That makes it feel like the vocal is another aspect in the mix, another instrument as opposed to the real focus of the track that everything else is supported. It’s much more blending in as another equal part to the others.”

In releasing a multi-genre album in an age of singles, remix packages and EP, Harriman says, “It’s a way to present music in a different way and an opportunity to put stuff out which you wouldn’t normally put out on a club EP. Outer is not that different to what we were doing before—it’s just a wider-reaching side of the ’90s, much more of a listening experience.” 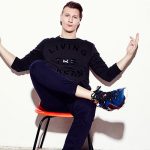 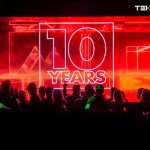 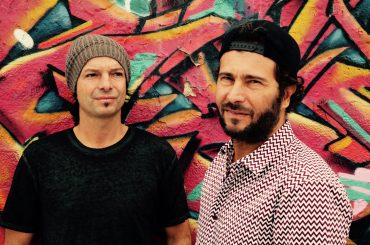 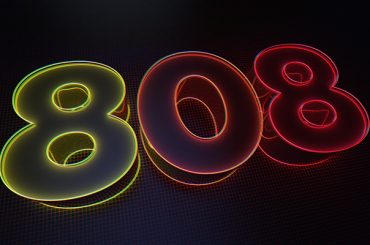 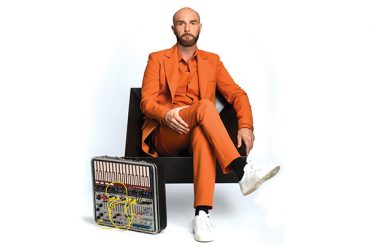 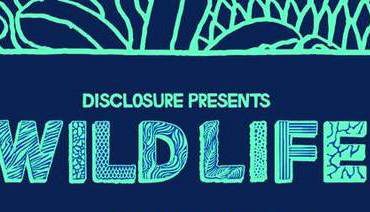