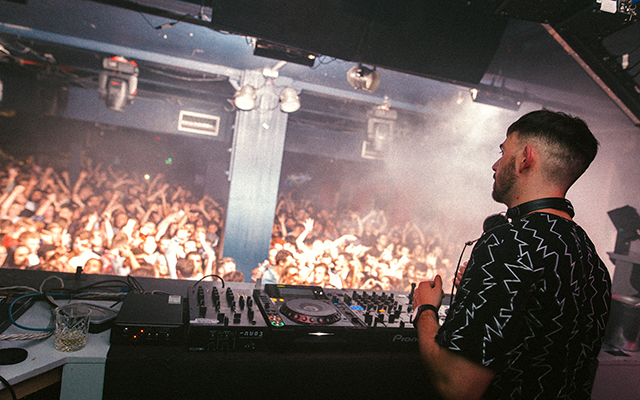 To radically paraphrase and modify Portlandia’s series-opening song in so many words: the spirit of the DJs of yore are alive and well in Patrick Topping.

With a career whose beginnings include buying a pair of decks, starting and booking his own club nights at university, and first dipping his feet into production courtesy of a Point Blank course, Patrick Topping truly represents the classic tale of a DJ building stardom from the ground up.

Success doesn’t exist in a vacuum, so in 2014 when his anthem “Forget” started to blow up just about every dancefloor in Ibiza (a feat that earned him a pair of DJ Awards: Best Newcomer and Best Track of The Season), it wasn’t due to just luck. Shortly after, the track spread to clubs across the world, putting Patrick Topping’s name on the lips of every electronic music fan under the sun.

In the two years that have followed, the club slayer has maintained that stranglehold on the tech-house world with a nonstop series of similarly effective originals and remix releases on seminal labels like Truesoul, Emerald City, Repopulate Mars, and Moon Harbour, as well as definitively marking himself as a superb selector in his own right. With a gigging schedule that’s only matched by his release schedule, Topping has carved out an artistic identity that’s as strong in a club as it is in the studio.

This December, Topping will reach an important milestone in the career of any DJ: his first-ever mix compilation. Contributing a mix alongside Nathan Barato to Hot Creation’s new two-disc release Paradise on Earth: Mexico, the Newcastle lad is ready to show off his chops behind the decks to a wider audience than ever.

Channeling the spirit of Jamie Jones’ famed Paradise party at Ibiza’s DC-10—of which Topping has been an official resident of for three years—the set is a stunning encapsulation of Topping’s strengths and a succinct primer for those somehow unfamiliar with his work. Clocking in at just about 80 minutes, the mix is a break-neck tour de force of energetic hi-hats, thick low-end, and more than a fair share of quirky surprises.

We caught up with the British DJ/producer right on the eve of a busy Amsterdam Dance Event, where he chatted on everything from his parents’ records to his present-day success.

DJ Times: Your mix for Paradise on Earth is your first mix that’s going to be officially released. Was it different creating that one than one you might just upload to SoundCloud?
Patrick Topping: It was really different, actually. [The difference between them] was something I’d never really thought about before because it’s my first-ever time doing this type of mix. The main difference is that all the tracks have to be licensed, so they have to be agreed by the label to be part of it. Not all of them do get approved, so a few tracks I had in mind weren’t allowed to be used.

DJ Times: What was the impact?
Topping: That kind of changed the whole direction of the mix and what I wanted to do for the mix. Then you have to rethink it. That was the main challenge on it, along with additional time constraints that you don’t really have with a podcast or something. Normally, when I’m doing those types of mixes, you’ve got unlimited tracks that you can put in—you can put in what you want. This was fun. It was a different challenge to do it with a limited tracklist.

DJ Times: Was it almost like a puzzle?
Topping: Yeah! The label was like, “Send over some tracks; send more than you would need.” Only some of them come back, so you’ve got those ones there. Then I had another round where I was like, “Right. Considering that, let’s try and get these other ones.” They didn’t have any more time to get more, so you do it with what you got there. Normally [for me], you could add any track you want at any point in the process, so this was different. Luckily, I got access to loads of them and they fit together nicely. Well, I hope they do [laughs]! It gave me a new appreciation for the licensed DJ mix. When I’ve listened to other ones like fabric, I’ve never even thought of these constraints.

DJ Times: What about the approach to the mix? Were you trying to take them through what a night out at Paradise might be like? Was there an aim for it, or was it simply to make a great mix?
Topping: I wanted to make something that was representative of something I would play at Paradise, yeah, but since it’s not just a live club mix and more of a listen-at-home kind of thing. It’s definitely more oriented toward what someone would hear me play at Paradise, but I tried to keep away from stuff that I have been hammering at Paradise. I didn’t want to just be like Cocoon doing The Sound of The Summer with the biggest tracks of the summer. It’s not just my biggest tracks of Paradise at all. A few of them I have played once or twice, but then as soon as I had the idea for doing the mix, I kept some of them back for it. Some of them I haven’t ever even played out before. The mix kind of gives the freedom to include them in.

DJ Times: The mix itself has a very diverse set of sounds. There’s your signature tech-house thing going on, but there’s also stuff like Itchy & Scratchy’s “Disco Girlfriend,” as well. Were you trying to show different sides of your sound?
Topping: Yeah, definitely! I think that’s quite representative of what I play out, anyway. When I play out, especially if it’s a solo set, I quite like to include different styles, so I wanted to include that in the mix. I like playing a little bit of disco and some techno, electro, some full on vocal stuff, as well. I suppose it always comes back to tech-house; it’s the root of most of my sets. I wanted to show those styles in the mix. And unlike a DJ set, you’ve only got an hour and 15 minutes, so I couldn’t vary too much. But I think I managed to include a few different things.

DJ Times: You’re no stranger to a back-to-back set: Pete Tong, Richy Ahmed, wAFF, Jamie Jones, etc. What’s the secret to a successful B2B set as a DJ?
Topping: To start, I think most of those artists like the same type of music as me, generally speaking. You need to have that, but for most of the sets I’ve known the artists quite well, so I knew we’d get on well personally. It quite helps to get that connection going. Some of them, like Pete Tong, I didn’t really know him that well when we did our first one, but he had been playing a lot of my music on his show and I had been a fan of what he does. The main thing with a back-to-back is not going off too much on a tangent and doing your own thing, being respectful of what they play but trying to make it exciting as well.

DJ Times: What sort of musical upbringing did you have? Was your family musical growing up?
Topping: They weren’t musical in the sense that they played instruments, but they’ve always really been into listening to music, collecting music, and encouraging me to collect music. As weird as it is, some people don’t even listen to music! When I was little, they pushed me into playing the piano, so I was playing the piano in primary school. I did one performance in front of the school—me dad’s still got the picture of me in front of the school—but I didn’t like it because they were sort of forcing me so I stopped doing it.

DJ Times: Any regrets there?
Topping: I wished I continued it, and to be honest I forgot all of it. Me dad actually used to be the director of a music festival. It was run by the local council—just a free music festival. He did that, so he’s always been really passionate about music, so maybe that’s where I got my interest in promoting myself and putting on events. The first event I put on was like the second time I’ve ever DJed out, as well. It was from putting on me own events that I was given the option to play out, since I wasn’t being invited anywhere else since I just started.

DJ Times: You grew up in Northern England. What’s the clubbing scene around there like and was it something of which you were a part?
Topping: The clubbing scene there is really strong. I find that the north of England tends to have a better scene than the south, generally speaking. There are really good parties down south as well, but I think the crowd of the north seems to go mad up there—Newcastle, as well, even though it’s a smaller city than Manchester or Leeds. I’ve been going out there for years, and that massively influenced me. Before I started my own night, I knew various promoters that scene. I wasn’t part of it, but I was quite pally with people. It’s got a night called Shindig, which is I think the second-oldest—after Back to Basics in Leeds—house nights that’s still going. 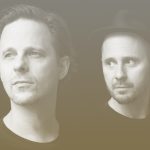 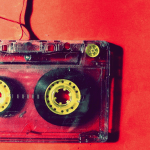 Copyright and Fair Use for DJs: the Laws of the Land