After dominating radio waves and festivals for the past year, The Chainsmokers have announced their debut album as well as a 40-date North American tour.

After requesting the input of their fans, the US-based DJ/production duo of Drew Taggart and Alex Pall have announced they will release their first-ever LP this year via Columbia/Disruptor Records. Full details of the album have yet to be announced, so stay tuned.

To celebrate the announcement, the boys have also revealed the dates of their largest tour to date, which will kick off at Miami’s American Airlines Arena on April 30. The Memories: Do Not Open tour’s 40-date itinerary includes stops across the US and Canada at large scale venues like Boston’s TD Garden and San Francisco’s Bell Graham Civic Center, with a two-night run at Queens NY’s Forest Hill Stadium to close the jaunt on June 9-10. Additionally, each ticket purchased online for the tour will include a copy of the upcoming LP, and the pair will be joined at each tour date by Kiiara.

General on-sale for tour tickets begin on February 3. Get more information at TheChainsmokers.com/Shows. 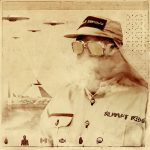 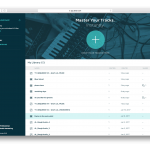