Whether you’re interested in heading to the club or staying on your couch for a night in, MK is coming your way thanks to the announcement of a new North American tour and a radio show on Apple Music’s Beats 1.

Marc ‘MK’ Kinchen will head out on a tour of North American venues this spring with Dirtybird regular Shiba San, beginning on March 9 at Santa Barbara, CA’s EOS Lounge. The announced round of dates includes stops at Austin, TX’s Kingdom, Philadelphia’s Rumor, and Boston’s Bijou, with more to be revealed in the coming weeks.

Beginning tomorrow, January 20, MK will launch a residency on Apple Music’s Beats 1 global radio station. Dubbed Area10 Radio, the new program will feature both unreleased and classic MK cuts as well as the house legend’s essential picks from other artists and even surprise guest appearances.

Tickets for the Shiba San X MK 2017 go on sale on January 24 at ShibaSanxMK.com. Tour dates are below. 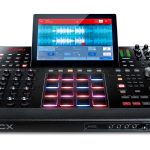 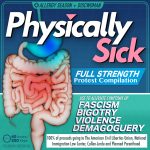