Anaheim, Calif. – My annual trek to Southern California for the Winter NAMM show with DJ Times editor Jim Tremayne was, as usual, a whirlwind of meetings and demos.

Held this past Jan. 19-22 at the Anaheim Convention Center, the show drew nearly 107,000 attendees, according to organizers, and featured some of the music industry’s biggest manufacturers and distributors, showing their wares from huge mega-booths and suites, plus several upstart companies with little more than a table and a banner doing NAMM for the first time, and hoping to create some buzz. The rainy weather this year (which harkened back to an equally soggy 2013 NAMM show) made attending the event logistically more interesting. But the weather, like the show itself, proves you never know what you’re going to run into until you get there.

During one of our lunch breaks at the show, we were discussing gut impressions of what we’d seen up to that point at the show. I made the comment that it appears that technology — including music technology — is between sweeping innovation cycles of the sort we saw perhaps 10 years ago. The smartphone made its appearance a decade back, changing everything, and now it’s simply iterating. Digital DJing and dedicated controllers to support it started showing up around the same time, and again, it seems we’re simply iterating the concept each year.

One possible exception to that requires me to geek out for a moment: The rise of embedded computing in DJ hardware. Making good software for desktop or mobile devices is not easy, but it’s streamlined by the fact that the hardware itself (your phone, your computer) already exists, and it has the foundational support for the software you build on top of it. Libraries and tools make the process more focused for developers. Embedded computing, on the other hand, is more like custom-building the computer from scratch, then custom-making a full software stack to run on top of it and designing the full user experience in the process.

This is exactly what’s involved to create products like the new Denon DJ SC5000 Prime (which I’ll say more about below), and while toolkits and such exist to make it easier, it’s an undertaking that’s far more complicated than building a plain old controller or media player where the bulk of the computing smarts exist outside the device. Doing it is one thing; doing it well is another. But it’s kind of cool for a tech-head like me to see our industry making these commitments and product development investments in the tools of our trade.

NAMM 2017 had its share of exciting additions across the DJ and studio spectrum. Here are some of my personal favorites, starting with the one I just mentioned:

Denon DJ, an inMusic brand, continues to push the envelope. On the heels of its incredible MCX8000 controller that I reviewed last year, the company introduced at NAMM its new Prime Series, consisting of a new mixer, turntable, and media player. The media player was what caught my attention: the SC5000 Prime. Denon DJ raises the bar considerably with impressive embedded software coupled with a fast processor and touch interface that match the rich, responsive user experience to which DJs are accustomed (from their smartphones and tablets). With the ability to layer two tracks from a single deck, and analyze music on the player (vs. having to do it on a computer), the SC5000 Prime is fun to use, while enabling more efficient DJ workflows.

Pioneer DJ is working to blur the lines between traditional DJing and live performance with the TORAIZ line. The TORAIZ SP-16 sampler — a collaboration with Dave Smith Instruments — has been out awhile now. The company has gone back to the well, working with DSI on the new TORAIZ AS-1 monophonic analog synthesizer. Both are musical instruments, but with the Pioneer DJ name on the front, the intent is clear: These are musical instruments intended for DJs. The AS-1 borrows heavily from Smith’s own popular Prophet-6 analog synth, giving the AS-1 some powerful capabilities with a classic Prophet-esque sound signature.

Florida-based lighting company Chauvet was highlighting a new partnership with SoundSwitch. I was impressed with the New Zealand-based company’s product, a combination of hardware and software, allows you to create DMX-controlled light shows that are tied to your music. The light programming is stored to metadata, allowing the program to play back the same way, for the same song, every time — regardless of BPM. Even “cross fading” of the light programs is provided. The system also has provisions for songs that have no light programming information. Not surprisingly, the company also has a partnership with fellow New Zealand company Serato.

Germany-based Reloop had presence through its U.S. distributor American Music and Sound, showing a couple of new offerings. What got my attention was the new MIXON 4. It’s a multi-platform controller, working across PC and Mac computers, as well as iOS and Android tablets. On the desktop, it’s designed for Serato, while on tablets, it supports Algoriddim’s popular djay Pro, and includes a tablet prop slot that accommodates devices up to a 12.9-inch iPad Pro. The company even offers mappings for Virtual DJ and Traktor. The company also highlighted the ability of djay Pro to integrate with Spotify, vastly expanding one’s music library. With tablets and tablet software improving so much the past few years, professional DJing with one starts to seem pretty viable when paired with this new offering.

Louisiana-based PreSonus offers an array of toys for studios (not to mention sound products for mobile DJs, like its AIR speaker series), and among the new offerings at the show was the FaderPort 8. It’s a controller designed to pair with an array of DAWs, putting physical control of transport and faders at your fingertips to help eliminate some of that fancy mouse work, and making workflows more intuitive. Its tightest integration is with PreSonus’ own Studio One DAW, but Mackie Control and HUI are supported, extending its reach to other popular DAWs, such as Pro Tools (via HUI), Ableton Live, Reason, and several others (via Mackie Control). The faders are motorized, eliminating position synchronization issues resulting from automation or mouse-initiated level changes, and offers not just transport and level controls, but physical control over arming, soloing, timeline scrolling, and more. It even has eight high-res scribble strip display above each fader. With a street price of around $500, it feels like a lot of power at a good price point.

While the company doesn’t exhibit at NAMM, Apple uses the fact that the music media is assembled in Anaheim in January to its advantage, and DJ Times met with members of Apple’s music software and MacBook hardware teams during the show. GarageBand, the company’s ubiquitous (and free) music creation software for iOS and Mac devices, has received some impressive upgrades, including the addition of a version of Apple’s renowned Alchemy soft-synth. On the Mac side, Apple’s pro-grade DAW, Logic Pro X, has also gotten some improvements, including an ability to integrate a mobile workflow with GarageBand. The new Logic Pro X also leverages Apple’s Touch Bar technology of the new MacBook Pro line to provide some innovative new control capabilities on the new hardware.

Music collaboration seems to be on the minds of many. Avid was showing its newest version of Pro Tools, Version 12.7, and its support for Avid’s MediaCentral Platform. MediaCentral provides easy and effective social-enabled collaboration between Pro Tools users, along with project forking and versioning features. In some respects, it reminds me of Propellerhead’s service Allihoopa (launched awhile back, and now spun out of Propellerhead as a separate company), but with deeper DAW integration. Also present at the show was BandLab, the Singapore-based music collaboration service. It’s a combination of simple, purpose-built, web browser- and app-based DAWs that are designed from the ground up to let musicians work together easily online. The service is free; it’s unclear what the revenue model is. But regardless, it appears to be a fun and novel way to get electronic musicians collaborating.

The problem with these services is their limitation of working only within their own ecosystems. While I applaud the efforts, nobody yet has appeared to take a swing at tackling the two particularly thorny problems of digital music collaboration: users of different DAWs, and users of different third-party plugins (like VSTs). These workflows seem to always involve rendering to audio, a lot of manual effort, and are generally more than a bit painful. I’m not terribly optimistic that anyone’s going to crack this nut all that easily, but it’s good to see companies nipping around the edges of the problem in any case.

Last but by no means least, DAW maker Bitwig came to the show from its German home base, showing off some of the capabilities of the upcoming Bitwig 2 upgrade. The new upgrade sports some user interface refinements, along with some innovative new modulation capabilities that take advantage of that new UI in a way that’s both fun, and practical. Bitwig 2 also contains several new devices in the box, along with revised MIDI interfaces, and new CV (control voltage) interfaces to compatible off-board synth hardware — one of the things they were demonstrating on the NAMM show floor. Bitwig 2 is targeted for release early this year.

I expect to be taking a hands-on look at many of these products over the course of 2017, so stay tuned to DJ Times for these deep dives to learn more. For now, however, I need to get to my last NAMM appointment — with a nice hot tub. Between the chilly rain and my aching feet, my body is ready for it. 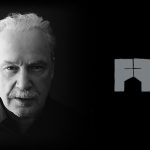 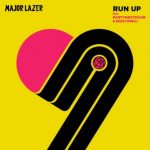