For the holiday season 2016, those attributes paid off.

“This past holiday season was what I like to call a ‘beacon of hope,’ because since 2011 we’ve not seen our holiday market blossom,” says Weitz. “Of course, that’s primarily because we hadn’t delved 100-percent in the corporate market, so the weddings and mitzvahs that we’d done during those holiday times had to pick up the bill.

“This year, A Sharp Production had a five-year record-breaker season which consisted of all the basic and easy productions—consisting of DJ and karaoke artists, plus a slew of Santas going out to personal home visits. We enjoy assisting our venues with our media lighting and design rentals as well.”

His company’s New Year’s Eve ended up with a last-minute call for 50 pieces of lounge furniture, which Weitz says that, if it weren’t for Bobby Morganstein assisting him with the order, he’d have been heading to IKEA to fill in the gap.

“A Sharp’s future is so bright,” says Weitz, “that I’ve got to wear shades.”

In preparing our annual holiday gig report, we asked DJs from the East Coast, West Coast and Midwest about how their season went in today’s economy.

Were corporates spending more money? If so, what were they buying? What upsells were hot? And did DJs have to market more aggressively?

“In terms of 2016, my corporate holiday events remained the same as in 2015,” reports Artem Lomaz of NinetyThree Entertainment in Roxbury, N.J. “We were challenged with coming up with fresh ideas and various ways to present familiar elements to repeat audiences.”

While he worked a few high-end holiday parties this past season, John Donovan of The Party Percussionist in Stroudsburg, Pa., one in particular did stand out.

“This one was in Brooklyn for a financial-investment company,” he says. “The coolest part of the event was a cash-raffle giveaway. What I saw was a rectangular stack of cash with security guards. There were hundreds on the top, wrapped in $10,000 bands—five across by nine across and 10 stacks deep.

“The economy has been pretty good as well on the West Coast,” says Mark Haggerty, director operations for Denon & Doyle of Pacheco, Calif., in the San Francisco Bay Area.

“In fact, we had our biggest December ever in our 33-year company history, in terms of dollars,” he says, adding that the number of actual gigs was 163 from December 1 to New Year’s Eve.

“I think a big part of the reason of growth is that we’ve tapped into the large corporate Bay Area entities like Google, Intel & Genetech, etc. They have huge budgets, and once you’ve made your connections you’ve just got to keep them happy.”

A big new upsell for Denon & Denon this past year, Haggerty says, is their new LED light-up dancefloor—along with a number of upsells.

“We also did a ton of photo novelty stuff like photo booths, photo backdrops, green-screen sets and flip books.”

Back over on the other side of the Mississippi River, Keith KoKoruz of The Keith Christopher Group in Chicago reports that holiday gigs in 2016 were pretty much dead even with 2015.

“Even upsells were about the same as 2015,” says KoKoruz. “Uplighting, the projection of company logos projected and photo-booths were pretty much the norm for upsells.

“Of course, we were not really aggressive in our marketing, as it’s so incredibly difficult to proactively market to such a small market. There were only three weekends to the holiday season this past year, so it isn’t truly worth putting a crazy amount of effort into.”

Back over in the northeast corner of the United States, 2016 tended to be more of a blockbuster season in terms of holiday gigs.

In order to achieve this success, Friese said they focused on aggressively marketing their photo-booth and lighting add-ons.

“We also instituted an event minimum, which meant we wouldn’t take a prime-date booking for under $2,000. And this turned out to be the best thing we could have done.

“Our corporate clients really wanted the usual as far as holiday events—basic lighting and a DJ—but we did add $100 or so to those clients for which we thought we could squeeze it out of.”

For Signature Sounds, their event minimum for holiday parties in 2016 was $795.

“As DJs, our dates are our inventory and there is only so many prime dates for holiday parties,” explains Friese. “We tell our clients that the event minimum for your date is that amount, but only if they’re not already asking for production elements to make the package price more.

“For example, we had a company call us to re-book their holiday event. While last year we charged them $495 for four hours of basic DJ services, this year we quoted them $795 for the same package, and advised that because of the time of the year and the activity we have had for prime holiday dates, we’d instituted our event-minimum policy.

“We explained to them as nicely as we could that we loved them last year and want nothing more to work with them again—and we then threw in a surprise monogram for this client, and it actually blew them away.”

“Flustered administrative assistants arrive at their desk on a Monday morning and are greeted with a note from the boss, who probably watched ‘It’s A Wonderful Life’ over the weekend, asking them to organize a holiday party for the employees.

“It should feature mandatory attendance,” says Croce. “Get a DJ or a balloon sculpting clown or whatever, and schedule it for a Friday. Ergo, someone is handed a terrible job that demands perfection and is given zero guidance on a budget.

“But despite that annual repeating cycle, we get a pretty good share of Christmas parties. This year, I’ve personally seen a few strange additional deviations. Namely, a digital caricature artist, a table magician, an Elvis impersonator, a cigar roller and even bourbon tastings.”

While Croce says his company had a little success with motivating people to bundle uplighting, he reports the Philadelphia market is literally swamped with photo-booth competition.

“In fact, I’m very tempted to start an anonymous Twitter account, posting photos of the DIY booths I’m seeing at these events,” he says. “The ramshackle setups seem to have been slapped together by Fat Albert and his friends, sometimes even including shower curtains as the enclosure and unfinished plywood sawhorses holding up an old iPhone clamped with a gooseneck.”

On a brighter note, because so many of Croce’s events take him into the heart of downtown Philadelphia, he’s often greeted by homeless folks panhandling at nearly every red light.

“Instead of handing them cash, I’ve been handing a care package out the window,” he says. “It’s a gallon-size Ziploc bag containing a clean pair of wool socks, sanitizing wipes, deodorant, a toothbrush and paste, a first-aid kit, lotion, ChapStick, a protein bar, and some other stuff.

“I think it’s better than handing a few bucks out the window for them to blow on a Big Mac or something worse.” 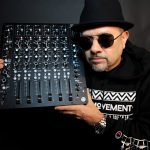 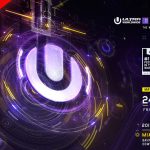