The recipe for a good DJ first and foremost starts with great music, adds in diversity to recapture your attention, and throws in some creativity to surprise you. Tchami’s Propechy tour checks all of those boxes and throws in some amazing production to boot, as evidenced by the French Future House purveyor’s recent sold-out stop at Atlanta’s Terminal West on February 7. First of all, Mercer is well worth getting there early-think booming house influenced by some Homework-era Daft Punk.

He’s got a wide range of influences – breakbeat, latin beat, french house, progressive house, big room house – and he crafts a set that touches all of them. Sometime when you’ve got a DJ running through a lot of different sounds, it can seem ungainly. What elevates his club sets to real genius status is playing through all of these influences back to back to back and keeping the flow to his set. Plenty of those moments you don’t expect, like when you hear the chords of Eric Prydz’s “Pjanoo” hit the dance floor, and some are just artfully tossed in like when “Superlativ” drops.

He’s also got some great moments where he’s engineered his production to collide with his music to great effect too. His “Gangsta’s Paradise” bootleg is almost a staple after opening with it at Coachella, but it really shows off how great his stage set up looks will the fully colored stained glass’ look, and by the time ‘After Life’ comes on and he’s already had you dancing for over an hour, it’s a pure epiphany.

This show is sweaty, high energy, but has depth and intrigue that other DJs don’t have. You’ll only find that when you go see Tchami. 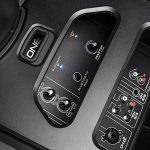 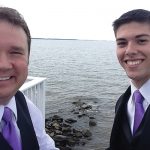