With its melodic brand of dubstep-infused EDM, Adventure Club has enjoyed a steep ascension since its 2011 debut.

Catchy, big-drop remixes for “Crave You” by the Flight Facilities and “Youth” by Foxes, plus a monster collab with Krewella (“Rise & Fall”) set the stage for the Canadian duo’s breakout – 2014’s “Wonder” feat. Kite String Tangle. After its debut EP, Calling All Heroes, earned over 10 million Spotify streams, the duo began to grace the stages at major festivals like EDC, Ultra, Coachella, Lollapalooza and Bonnaroo.

DJ Times: What are your musical backgrounds?
Leighton James: I’ve played the piano since I was 7 years old. Christian is a guitarist by nature, but I also play as well. We both have been in and out of rock and pop bands our whole lives.

DJ Times: What were you playing before Adventure Club?
James: It wasn’t as fruitful as Adventure Club is, but Christian and I were in three different bands altogether. The other members would rotate and we would change names. We started off as a metal-core band, and then more of a rock band, and then finally Christian and I started writing in a pop band. While in the pop band, simultaneously, we were writing electronic music. We put some of our electronic music online, and it started taking off. After that, we put the pop band on the back burner and started focusing on Adventure Club.

DJ Times: In late 2016, you released your debut album, Red // Blue. What were some of the musical inspirations for that project?
James: It’s pretty wide and far apart. We pulled a lot of real sounds into this – piano landscapes, drums and more. As far as indie stuff goes, Damien Rice, and some of Thrice’s new stuff. Electronically, it was some San Holo and a bit of RL Grime. We kind of pulled as many sources as we could.

DJ Times: Do you have a favorite song from the album?
James: “Ghosts,” it’s one of the more understated records on the album. It kind of has this feeling of incompletion. It’s sort of an unresolved piece – the chords are unresolved and the lyrical content is unresolved. It’s about getting closure and I think there is something haunting and beautiful about that.

DJ Times: As DJs, what are you using in the booth?
James: [Native Instruments] Traktor, a sample deck and a Kontrol X1 controller.

DJ Times: What DAW do you use in the studio?
James: When we are writing music, we are writing on a program called SONAR by Cakewalk. It’s kind of like the odd child in the production world and I don’t think anyone else really uses it. We also use Ableton Live for DJ edits and getting ideas down on the road.

DJ Times: Which DJs have had the most impact on your career?
James: Skrillex, he’s the poster child to everything that we were. He was in a hardcore band like we were and then he transitioned into the electronic world and everything he did was well-received. His musical creation just puts him up at the top of the list. RL Grime, I love the way he produces music and to watch him DJ is something that helps with our creative output. Justice, A-Trak and Boys Noize. Justice really opened my eyes—they are really two of the coolest dudes. To hear them play and watch them DJ, smoking cigarettes and playing electronic music for massive crowds is so inspiring. That whole sound is just amazing.

DJ Times: Any producers impressing you now?
James: PhaseOne from Australia. Boombox Cartel – I like their take on future bass. Illenium – his melodic dub just pulls at your heartstrings.

DJ Times: Favorite venues to play?
James: The Gorge [Amphitheatre in George, Wash.], Rebel club in Toronto, and Red Rocks [Amphitheatre] in Denver – if you do one thing, you have to get there.

DJ Times: It’s a new year, what can we expect from you guys?
James: Currently, we are really promoting the album and we are going to be touring it like crazy this year. We are going to be hitting as many major cities as we can in every continent. We’ll be introducing live instrumentation, which is something we have been itching to do for a long time now. We aren’t going to be taking too much away from the electronic aspect of the show, but we do want to start implementing live instruments. A lot of our songs were written on guitar on piano, so we want to have that in our shows. We also have more new music to release, some of which have really cool collabs.

DJ Times: Ever envision yourselves being where you are now?
James: It’s always been a dream of ours. I’ve always envisioned myself being a professional musician my whole life. With Adventure Club itself, I always thought we would be like rock musicians, playing guitar onstage and such, but Christian and I wouldn’t trade anything in the world for how things have worked out and where we are now.

DJ Times: What’s the most rewarding part?
James: We love being onstage and performing for our fans. The most important part is knowing that we are affecting people with our music and we get to do what we love for a living. When you hear the whole crowd sing along to one of your songs, you can’t really put into words what that feels like. 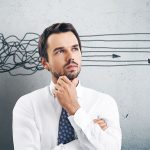 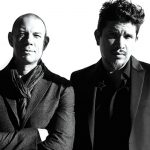