The first review I ever wrote for this magazine was one for a Hercules DJ controller and, in the years since, I’ve reviewed a number of its successors. The company — part of France’s Guillemot — continues to crank out an impressive array of products for the DJ market, which it now segments into “advanced” and “leisure” categories (though some of the products straddle that fence).

On the advanced side, we have DJ controllers for Serato and Virtual DJ, while on the leisure side, the focus is primarily on bundling affordable controllers with the company’s own DJUCED software. (Hercules has recently started to up the ante on DJUCED; refer to the sidebar accompanying this review for more details on that.)

Certainly, we all have to start somewhere, and enabling aspiring, bedroom DJs to learn the basics of the craft without breaking the bank seems to be a sweet spot for Hercules. The subject of this review fits that category; it’s the new DJControl Instinct P8.

First Impressions: The DJControl Instinct P8 is perhaps the most diminutive DJ controller I’ve had the opportunity to use to date. Barely bigger than a box of Kleenex tissues, I, at first, wondered what the company might have left out. The answer is, yes, certain things have been omitted — such as per-track gain controls and pitch sliders. But with just nine knobs, three sliders, a pair of jog wheels, and 24 buttons, Hercules has somehow managed to provide everything you need, and nothing you truly don’t. (For the record, the functionality of the traditional pitch slider can be replicated by pressing and holding the Shift button on the controller, then rotating the corresponding jog wheel, so the omission of the dedicated control is perhaps solely academic.)

In the box with the controller is a copy of the aforementioned DJUCED 40° software, along with a set of sample packs from Loopmasters. DJUCED supports both Windows and Mac users, and offers a fairly comprehensive feature set, packaged and presented within an attractive, modern user interface. Its default set-up right out of the box is for two playback decks, and two sample decks, into which the Loopmasters packs have been loaded. Quite literally, it’s a “just add music” sort of situation.

Back to the controller itself: It includes a basic sound card on-board, providing both master outs and cueing output to the headphones, in addition to the dual stereo tracks back to the computer for use with DJUCED. The unit requires no drivers, and is USB-powered, making installation plug-and-play. The only necessary step is accessing Hercules’ website to grab the necessary software.

Connections are pretty Spartan; there’s an 1/8-inch headphone jack on the right side, a pair of RCAs on the back (along with the USB connector) — and that’s it. These choices reflect the intended market for the product, of course, and it makes the net-net very consumer friendly.

In Use: As an experienced DJ myself, mixing a set with the DJControl Instinct P8 and DJUCED was easy and intuitive, and required no homework. About the only thing I found lacking out of the gate is that there’s no master-gain control in hardware; it’s software only. For the typical home user, whose monitor speakers likely have a front-panel volume control, the omission is logical; but I’m glad I used my mouse to turn down the virtual knob in software before blowing my ears out through my standard pro-grade studio monitors, given that virtual knob’s default position of full-on.

As I’ve written in numerous other controller reviews on these pages, multi-purpose pads seem to be the norm in many a DJ controller these days. DJs get one set of rubberized buttons to handle effects, looping, sample playback, cue points, and more, and such is the case with the DJControl Instinct P8. The difference is that the Instinct P8 provides just four pads per side, but still offers a lot of capability without more in the hardware itself.

A backlit strip above each set of four indicates the mode the pads are set to: loop, effects, sample, and cue. Used in conjunction with a knob and a shift button, you get basic control of these four software functions using the pads. Making the most out of them requires some study of the manual, and a fair amount of practice — but that’s the same with any controller that uses this general approach.

After mixing with the DJControl Instinct P8 for a bit, I have to say I was impressed by the general feel of the various controls given the price point. The jog wheels, while relatively tiny compared to most controllers I typically use, were responsive, accurate, and behaved as expected — despite being mechanical in nature versus the costlier conductive type. The buttons all had the expected tactile feel; perhaps my only criticism is that some had a defined, audible and tactile click, while others offered only a mushy giving-way feel. I’m sure it’s due to variations in the switch actuator under the hood, but some consistency there across the board would have been a welcome tactile feedback mechanism that a button pushed is truly pushed; absent any definitive click, it’s hard to know.

Conclusions: Hercules continues to own its niche in the DJ market, and its capable, affordable, “DJ-kit-in-a-box” solutions like the DJControl Instinct P8 will surely satisfy many an aspiring DJ. With a street price of around $130, and with the bundled DJUCED software and its full feature set including effects, looping, sample playback and more, would-be DJs can learn all the basics, explore more advanced capabilities, practice their skills, and certainly impress their friends — all at a price point within reach of virtually anyone. 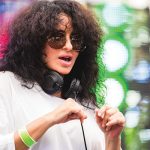 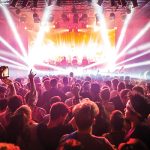