It has been over 13 years since Germany’s Native Instruments first threw some of its best studio software-synth and effects products into a single box, slapped the name “Komplete” onto the end result, and priced the whole thing to emphasize value.

Back then, “value price” was arguably more relative; Komplete retailed for a hefty $1,500, and included just nine products in the bundle, but it was still a lower price point than the products individually.

In late 2011, I first experienced and reviewed Komplete for this magazine—by then, it was incremented to Komplete 8. It was the first time that N.I. splintered the offering into levels: Komplete 8 (28 products included), and Komplete 8 Ultimate (54 products included). The levels varied both in price, and the scope of included products, but N.I.’s mission was no doubt the same: Create an incredible bundle at an attractive price, and give musicians and producers an opportunity to “have it all.”

I was impressed with Komplete five years ago, and I have to say I’m even more impressed today. With the recent release of Komplete 11, N.I. is again incrementing the number on the box — packing in even more value, and packaging the result in more formats: Komplete 11 Select (14 products), Komplete 11 (46 products), and Komplete 11 Ultimate (87 products). The package retails (rounding the prices up a penny) for $200, $600, and $1,200 respectively.

It is Komplete 11 Ultimate that’s the subject of this review. And to give you a sense of “ultimateness,” merely saying you get 87 products just doesn’t do it justice. N.I. says you get in excess of 18,000 individual sound presets. That’s a sample library of more than half a terabyte in size. And quite literally every significant engine, synth, sampled instrument, studio effect and creative effect in the N.I. catalog. (No, it’s not every single one, but I’m not sure most users would notice what’s missing, and N.I. must make sure it has something to put in Komplete 12, right?) Of its seven new instruments, both Komplete 11 and Komplete 11 Ultimate include Form, a synth with a rich feature set that uses a sample as the primary oscillator.

First Impressions: As I noted in my Komplete 8 review from 2011, Komplete—especially Komplete Ultimate—is so expansive, so broad, so deep, new users will spend (literally) months going through what they just bought. I’m sure most new users will do as I did: survey the landscape, and start moving towards those objects that prove shiniest in one’s own situation.

It’s worth mentioning here that Komplete contains a mixture of standalone products such as Absynth 5 (a great semi-modular soft-synth with a unique “Sound Mutator” you can use to easily create new sounds from existing ones), Battery 4 (a drum sampler), and FM8 (an FM-based soft-synth) — in addition to many others that leverage Native Instrument platform products, or “engines” to do the heavy lifting, such as Kontakt (a sample-based synth) and Reaktor (a modular synth). For example, Retro Machines Mk2, included with Komplete, is an add-on for Kontakt. This can make it a little bit confusing for users new to N.I.’s products—if you’re not familiar, you can end up wondering why you don’t see the software you just installed when you open your DAW. But you might only need to drop Kontakt into a track, for example, and then you’ll see what you’re looking for inside of that.

As for existing users upgrading, you’ll clearly want to evaluate whether the delta between your current version and the new version justifies the upgrade cost. In the case of Komplete Ultimate, the upgrade is (again, round numbers) $400 if you have Komplete Ultimate 8 through 10. (Regular Komplete upgrades for $200 for any version from 2 to 10.) Obviously, the farther back your current version, the more value you’ll get from the upgrade – but N.I. seems to have worked to make the upgrade worthwhile for most users.

Indeed, my own upgrade from Komplete 8 to Komplete 11 feels like a pretty hefty jump. Some of my favorites, like Absynth, Massive, and FM8, are unchanged from five years ago. But other longtime N.I. offerings, like Battery, have received significant makeovers in the intervening years, and without question, there’s a ton of new “stuff” in the box as well.

Some of the content seems almost duplicative unless you’re a purist in search of just the right thing. For example, there are no less than six Scarbee basses, as well as six different Abbey Road Drummer variations. And while the orchestral material may not be of strong interest to most readers of this magazine, there’s plenty of territory covered that probably is. Let’s take a look at some.

Komplete 11 Ultimate Highlights: It’s worth noting that some of my highlights are not necessarily new products in Komplete 11 specifically; again, my last touch of Komplete was Komplete 8, so there was a huge amount of ground to cover. In any case, here are some of my personal favorites in the box:

I believe it can be argued that many of today’s most popular genres are all about pushing the envelope, experimenting with sounds and approaches that break (or perhaps even shatter) the mold. One mold-breaker you’ll find in Komplete 11 Ultimate is Discovery Series: India. This product, which uses the Kontakt Player, features nine percussion and six melodic instruments found in classic Indian music. While readers of this magazine are unlikely to be producing music for Bollywood films, I had some pretty interesting results pairing some of these sounds with EDM percussion tracks in some sample projects, proving that genre-bending can be sonically interesting indeed.

The same might be said for Session Guitarist Strummed Acoustic. This collection, which debuted in 2015 and also uses Kontakt, provides an array of meticulously played and recorded acoustic guitar strumming patterns. Of course, it can be used for a range of popular music, but here again, I found the results pretty interesting when dropping some strummed acoustic guitar into a breakdown part of a trance track. With 8.5 Gig of content behind it, there’s a lot of variety to tap into here. (N.I. recently released Strummed Acoustic 2, with even more options, but that’s not part of the Komplete 11 bundle.)

There are so many ways to create beats these days, and so many sample libraries and loops and plug-ins to help, it’s sort of hard to break through the clutter with yet another approach, but Battery 4 builds on its predecessor to entice you with a wide range kits and content that enables you to build percussion tracks across multiple genres. With enhanced usability, a new effects and playback engine, and a revamped content browser added since the previous version, Battery has a lot to offer — and it’s highly unlikely you’ll be left wanting when it comes to creative beat-making.

For electronic producers and performers, perhaps one of the more interesting creation tools in Komplete is Flesh. Developed in partnership with Tom Exile, Flesh lets you load rhythm samples into the software, which are analyzed in real-time, and transformed into control material that’s sent to four different audio engines for synthesizing new musical elements. Tinkering with Flesh was a kick, and it’s one of the offerings in Komplete that I intend to go back to and dig into much more deeply. Controlling and adjusting its many parameters “live” is rather the point of Flesh, making it essential to have an appropriate MIDI controller. Exile uses one of N.I.’s Komplete Kontrol S-Series keyboards in his demo videos, using its various knobs to adjust the sounds in real-time. After my own tinkering, I can see how an S-Series or something like it is nearly required for Flesh, but the results are astounding.

Battery isn’t the only beat-making tool in Komplete 11 Ultimate; another favorite is DrumLab. It’s a little hard to describe; it essentially blends acoustic drums with electronic ones and layers on top an intuitive and unique interface that enables some pretty interesting percussive alchemy. N.I. refers to it as an “advanced drum layering instrument,” but I’d just call it a drum machine with a cool and unique twist that can make it applicable across multiple genres.

Finally, another standout bit of content from Komplete 11 Ultimate is Una Corda, which runs within Kontakt. It’s a sample-based piano synth whose sounds come from recordings of an actual una corda piano, hand-built in Germany by piano maker David Klavins. The una corda has only one string per note across all the registers, and was constructed “open” without a cabinet. These elements give the instrument a very distinct sound. Given the applicability of pianos across practically any genre from EDM to pop to classical, Una Corda will be of interest to virtually all Komplete users. The incredible precision of the sampling, and the playback options in the Una Corda plug-in, renders piano sounds that are unbelievably pure and crisp. It’s definitely a highlight of the Komplete 11 collection.

What I haven’t called out here are the various effects plug-ins that N.I. bundles with Komplete. What you’ll find is a wide variety of all the basics, from delays, to compressors, to EQs, to reverbs. Playing with some of them leaves me fairly impressed, but like a lot of producers, I have my “go-to” effects that I’m familiar with and know how to use, and don’t tend to stray too far away. N.I.’s effects are not among my “go-tos” at present; perhaps they deserve deeper inspection to see if they should be.

Conclusions: Komplete 11, in its various versions, provides both virtual instruments and effects plug-ins in a range of warehouse-club-sized packages. While Komplete 11 Ultimate provides the most bang for the buck, its price tag may dissuade some users. But the more affordable Komplete 11 and Komplete 11 Select still offer a lot of options, and a lot of value. At the end of the day, Komplete, in this new iteration, continues to be one of my favorite plug-in bundles.

If you have any questions for Wesley Bryant-King or Making Tracks, please send them to djtimes@testa.com. 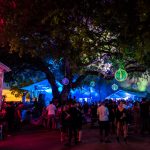 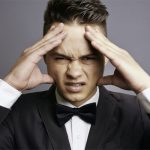