Chandler, Ariz. – Nearly 20,000 EDM fans flooded into the Rawhide Event Center this past April 8-9 for Phoenix Lights Festival. Presented by Arizona-based promoter Relentless Beats, the 3rd annual event had a last-minute change of venues, but that didn’t deter the hordes that turned out to experience some of dance music’s biggest DJs – past and present. Here’s how it went:

Saturday, April 8: Scottish producer GRUM kicked off the day with some smooth house grooves. Not one for flair and showmanship, he remained true to the music and got the early crowd warmed up with his own tracks “Reflections” and “U,” plus his rendition of the hit classic “Shout.” An auspicious start to a stout weekend of music.

Dr. Fresch & Bijou were up next on the Main Stage (named “Mothership”) and they really got the place jumping with their version of “G-House” – hip hop with a four-on-the-floor kick, making things ultra-danceable. Over at the Bass stage (“Invasion”), ASADI worked Native Instruments’ TRAKTOR MASCHINE controller to liven up his trap performance. He lit up the sparse crowd by adding live drumming and percussion to hits like Lil Wayne’s “A Milli.” Meanwhile, Jax Jones brought his funky deep house to The Colony stage with “House Work,” his tune with Mike Dunn & MNEK, plus Format:B’s “Chunky” and Armand Van Helden’s remix of Lee Walker & DJ Deeon’s “Freak Like Me.”

Back over on the Mothership, future-house pioneer Tchami played an enthusiastic and entertaining set, coming out in a priest outfit and addressing the crowd with praying hands. Then, as night fell, Zeds Dead lit up the main stage with a varied set that included their own tracks and many classic remixes (“Sweet Dreams,” “Tricky,” “Tainted Love”). Perhaps appropriately, they played a couple verses of Nirvana’s “Lithium” on the 23rd anniversary of Kurt Cobain’s untimely demise. (R.I.P. Kurt – gone, but never forgotten.)

Immediately afterward, Above & Beyond (minus Jono Grant) had the crowd swooning with its opening tracks (“We’re All We Need” and “Sticky Fingers”). They also dropped some classics (their remix of Moby’s “Porcelain” and Luminary’s “Amsterdam”), a fabulous mash-up (“Mariana Trench” with “On My Way to Heaven”) and the mass sing-a-long, “Sun & Moon.” They left us with plenty of warm-fuzzies in the form of uplifting messages on their stage’s video display. And, of course, we had the ABGT segment favorite, “Push The Button,” where a lucky member of the crowd was invited onstage to help deploy a tune.
Tiësto and Pete Tong were headliners of the night – the EDM crossover king on the Mothership stage, while the U.K. radio legend graced The Colony stage. Lucky for fans new and old, Tiësto kicked out the hits — “Secrets,” “Just Be” and “Split (Only U).” Meanwhile, Tong went much deeper and funkier with tunes like CamelPhat’s “Hangin’ Out with Charlie,” Mekon feat. Roxanne Shanté’s “What’s Going On” and Waze & Odyssey’s “Down With Tha” – a groovy way to wind down a windy desert night.

Sunday, April 9: The early crowd displayed less energy than the previous day’s throng, but Manila Killa had The Colony dancing with remixes of some familiar favorites, such as Justin Timberlake’s “Summer Love,” Nelly’s “Ride Wit Me,” and Ariana Grande’s “Love Me Harder” – plus a few originals like “All That’s Left.”

San Francisco’s Viceroy was up next. He got off to a cheesy start (a tropical-house remix of Nelly’s “Ride Wit Me” and Will Smith’s “Getting Jiggy With It”) – still, he recovered with some more dance-fest-friendly grooves (Me & My Toothbrush’s “All Mine,” Croatia Squad’s “Do It Again” and Joe Stone & Ferreck Dawn’s “Man Enough.”). All is forgiven.

On the mainstage, k?d was a popular crowd choice, playing a mixture of dubstep and bass selections, his own productions (like “Discover” feat. RKCB), as well as a handful of his remixes – Annabel Jones’ “Happy,” Daft Punk’s “Doin’ It Right” and Illenium’s “It’s All On U.”

At The Colony stage, Low Steppa was in the groove with his own “Nose Powder” and “Drums Re-Rockin,” and when he played Latmun’s “Everybody’s Dancin’” that immediately became the truth.

By the time Oliver Heldens hit the decks, the Mothership crowd had finally awakened, and the Dutch star didn’t disappoint with a high-energy combo of his own hits and collabs, including “Wombass,” “Flamingo,” “Juggernaut” and “I Don’t Wanna Go Home.” For variety, he mixed it up with things like Chocolate Puma & Tommie Sunshine’s “Take That Ride,” Far East Movement’s “Like A G-6” and Future feat. Pharell, Pusha-T & Casino’s “Move That Dope.” A highlight set.

STS9 followed Heldens and offered a refreshing change of pace – a full-fledged band playing its brand of varied electronic flavors – nothing short of amazing.

Meanwhile at The Colony, techno faves Pig & Dan were joined onstage by a large group of fans (including Oliver Heldens) who kicked up a storm to their tough original tracks like “Devotion,” and trippy movers like Logotech’s “Posthypnotic” and D-Unity’s “Sensation.”

ZHU was seemingly the crowd favorite of the main stage, as people sang and danced to his dark-flavored grooves. Playing keyboard and singing live, he lit up the audience with his own selections – “Nightcrawler,” “In the Morning” and “Faded” – plus his crowd-pleasing remixes (Migos’ “Bad & Boujee” and Lana Del Rey’s “West Coast.”)

Dirtybird’s Justin Martin rounded out the festival’s house-heavy Colony stage and he slayed what was left of the desert dwellers with tasty offerings like the Kyle Watson remix of his own “Odyssey,” Chris Lorenzo’s remix of “Back to the Jungle,” Marc Spence’s “Stop Interrupting” and Paul Woolford’s “Chaos.”
Whew – another desert party concluded, another terrific Relentless Beats production. See you in Phoenix for the next big one on my radar – Dreamstate Presents Paul van Dyk at The Pressroom. 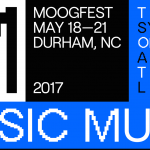