San Diego – West Coast Weekender returns for its second edition May 4-7 in the coastal city of San Diego. Last year’s inaugural event attracted over 1,200 people from across the country. In October, New York-raised DJ/producer MANIK described the event: “West Coast Weekender brought in the brand-new with the old-school. The crowd was so diverse; it was true house music. The vibes were insanely good and I loved every minute of it.”

DJ/producer Rich Medina says, “West Coast Weekender is one of, if not THE most engaging and comprehensive music event in America. Hands down, it’s a breath of fresh air with a recipe for DJs, fans, and industry types to want to come back over and over again.”

In 2016, the event established itself as more than just a set of day-to-night parties. As a full-fledged conference, attendees and artists came together at San Diego’s Four Points Sheraton Downtown for provocative discussions on beat-making and community-specific topics before heading to the day’s festivities. This year, the WCW team is doubling down on panels and workshops. From panels about social activism to limited-seating workshops on Ableton Live, there are educational opportunities for everyone.

Once again, DJ Times will serve as media sponsor and, on May 6, DJ Times editor Jim Tremayne will moderate “The Art of the Remix/The Last 30 Years,” a panel that will dive deep. With panelists that include Marques Wyatt, Manoo, Mr. V, Jask, Matthew Brian, David Montoya, Davidson Ospina and Asya Shein, “The Art of the Remix” will discuss the art and science of remixing, its origins and evolution, plus its craft and relevance in the modern context.

Tickets can be purchased at https://westcoastweekender.eventbrite.com. 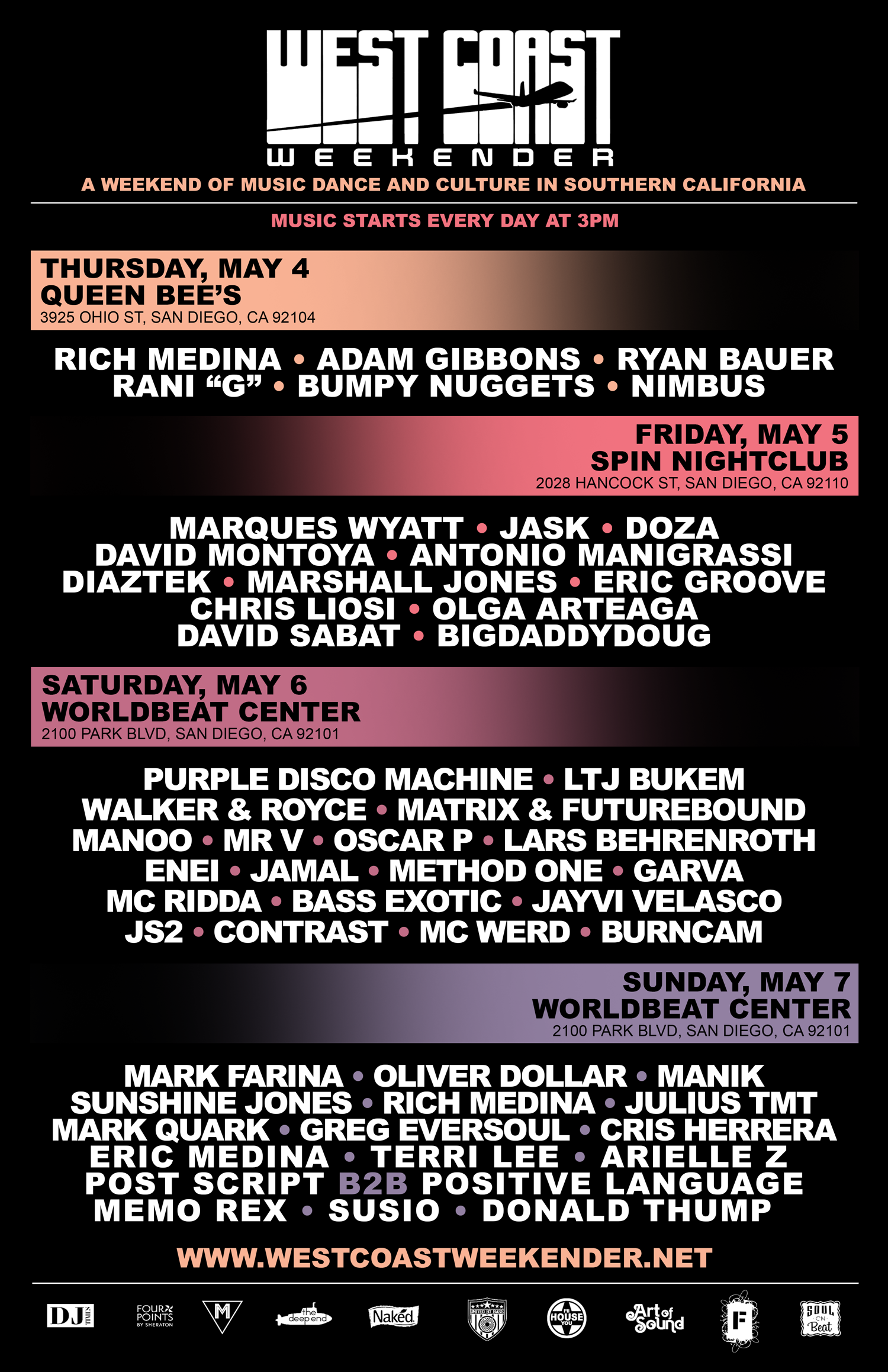