Today, DJ Times has announced the 100 U.S.-based DJ/nominees for its annual America’s Best DJ poll and promotion, which will run this Memorial Day weekend until Labor Day (see list below).

Also, the America’s Best DJ Summer Tour, which kicks off this weekend at Detroit’s Movement festival, has a new title sponsor – Weedmaps, “the first and most comprehensive marijuana directory and discovery service on the planet.”

The tour will include many of America’s top club and festival events. At each event, DJ Times will maintain a dedicated activation booth where fans can cast their ballots in person. Additionally, on May 31, fans will be able to cast votes at the America’s Best DJ site. Stay tuned for the full rollout of the America’s Best Summer Tour Presented by Weedmaps & DJ Times.

Now entering its 10th year, America’s Best DJ fosters the growth of U.S. DJ and nightlife/festival culture by encouraging music fans to support their favorite U.S.-based DJs in a quest to crown the USA’s top jock. At the end of the summer, one will be voted America’s Best DJ. 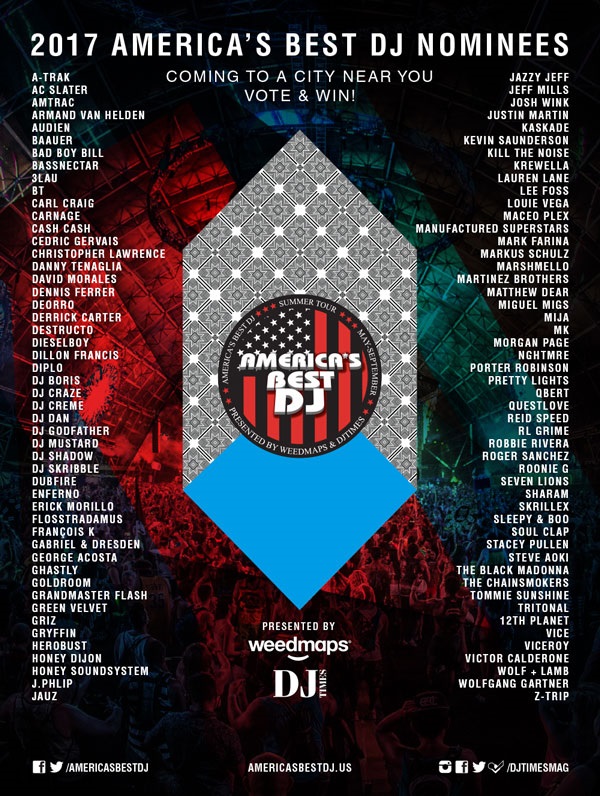